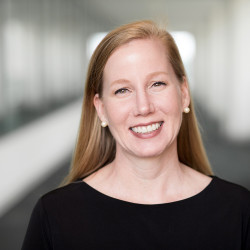 Coke Morgan Stewart is performing the functions and duties of the Deputy Under Secretary of Commerce for Intellectual Property and Deputy Director of the United States Patent and Trademark Office (USPTO), supporting the Office of the Under Secretary and the USPTO on a wide variety of legal, policy, and operational matters.

Ms. Stewart’s permanent role is Senior Counsel to the Under Secretary of Commerce for Intellectual Property and Director of the USPTO. As Senior Counsel, she advises the Director on legal, policy, and operational issues, including patent eligibility, America Invents Act (AIA) proceedings, and artificial intelligence. She also serves as a liaison between the Office of the Under Secretary and USPTO leadership, helping to ensure that programs and operations are administered in accordance with agency goals and objectives.

At the USPTO, Ms. Stewart has served as lead counsel in over 20 patent cases before the Federal Circuit and has appeared as counsel of record in at least 30 other patent cases. She has also advised the Department of Justice Civil Appellate Staff and the Office of the Solicitor General on patent, trademark, and copyright cases before the U.S. Supreme Court. She has handled numerous administrative law cases, defending agency practices and procedures in the U.S. District Court for the Eastern District of Virginia and the U.S. District Court for the District of Columbia.

Prior to joining the USPTO, Ms. Stewart practiced law for 14 years—most recently at Kaye Scholer LLP in Washington, D.C., litigating complex patent infringement cases on behalf of patent holders and accused infringers. Among other matters, Ms. Stewart participated in two successful jury trials, one in the Eastern District of Texas and one in the Eastern District of Virginia.

Ms. Stewart is a graduate of Duke University and the University of Virginia School of Law, where she served as Executive Editor of the Virginia Tax Review and Editor-in-Chief of the Virginia Law Weekly. After law school, Ms. Stewart clerked on the U.S. Court of Federal Claims, which primarily hears monetary claims against the U.S. government.