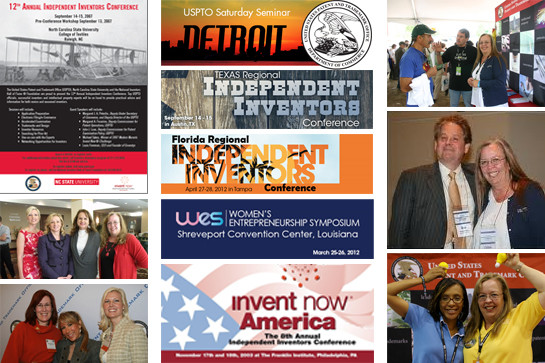 Cathie Kirik retired from the United States Patent and Trademark Office (USPTO) at the end of June after 29 years at the USPTO. Cathie, whom many Inventors Eye readers know from countless conferences, trade shows, and other events, was one of the biggest champions of independent inventors at the USPTO. She was part of the first agency program to assist inventors that developed into the current Office of Innovation Development. She helped design and launch many of the programs and resources the USPTO now offers for inventors, including this publication. Through it all, she’s helped thousands achieve their dreams of invention and entrepreneurship. We sat down with Cathie in her final days at the office and asked her to reflect on her inspiring career.

What are some memorable moments you’ve had working with inventors and the public?

That’s a tough one, but during the Texas Regional Conference in 2012 at the University of Texas in Austin, there was a bomb threat. We evacuated over 150 attendees to the parking lot for hours. Everyone was safe, but the interesting part was that we continued the conference in the parking lot and covered all the material planned for the day.

I have been part of some great initiatives to help inventors through the years. I planned and implemented 15 annual Independent Inventor Conferences and many regional and Saturday seminars throughout the country.  One of the most recent initiatives I was involved with was the Pro Bono and Pro Se Programs. Having dealt with inventors for many years, the question that always arose was “Can I do it myself because I can’t afford an attorney?” I had a lot of emails from the public that helped demonstrate the need, and I had talked to thousands of inventors that asked the same question. The Pro Se initiative has shown significant growth over the past two years, from the number of phone calls received to the number of inventors that come to the Office before they even draft their application.

What will you miss the most?

I will miss talking to the inventors, sharing their excitement and passion for their creation, helping to demystify the USPTO, and making them understand we really are here to help. I will miss feeling that, in small ways, I made a difference to their understanding of the patent process when I helped them respond to a notice or pointed them to a resource on our website.

Who is your favorite inventor?

How do you pick just one? I have met so many truly creative and inspiring people in my time at the USPTO—people like Art Fry, one of the inventors of Post-It Notes or Woody Norris, who created Hypersonic sound; Bob Metcalfe, Ethernet technology; Nancy Tedeschi, Snap-It screws; Aaron Krause, Scrub Daddy; Jennifer Briggs, Drain Wig; Sandy Stein, Finders Key Purse; Forrest Bird, baby respirator; and Ron Popeil, the godfather of infomercials, to name just a few! What I think they all had in common was the desire to make a difference, the passion to take the leap of bringing a product to life. One year we were conducting a conference in Philadelphia where Inventors Hall of Fame Inductee Ray Kurzweil was a keynote speaker. He talked about how he was working on computer technology and that one day computers were going to communicate with us. I turned to my colleague and said “Is that for real? I don’t have a clue what he is talking about.”  A few years ago, he appeared in a Super Bowl commercial and demonstrated a phone with speech-to-text, and I thought back to the conference and thought, oh my gosh, he did it!

After all these years, what’s the best piece of advice you can give inventors?

The one piece of advice I always give to inventors is “do your homework.” Try to gather as much information about intellectual property from the USPTO as possible. It has many resources. Go to a Patent and Trademark Resource Center and do a patent search. Be careful of the companies that promise to do it all for you. Also, network; there are many inventor organizations out there that provide insight to marketing, prototyping, funding, and licensing. They are listed on the USPTO website under State Resources.

How do you plan to enjoy retirement?

Retiring was a tough decision for me. I have been one of the fortunate people to have a job that I truly love. I could have retired five years ago, but I just couldn’t see myself walking away from something I was so passionate about. For now, I think I will enjoy the summer at the beach.  A while back, three inventors came to the office for assistance, and I told them they could contact me only until June 30 because I was retiring. One of the gentleman said to me, “You’re not retiring; you’re just in the fourth quarter of the game.”  So I guess I’ll see what the fourth quarter holds for me. 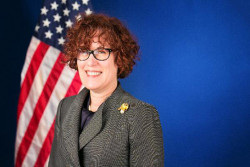 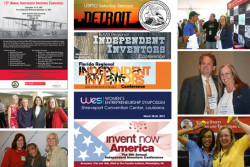 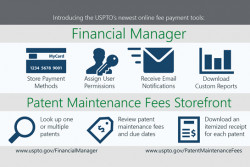 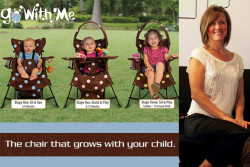 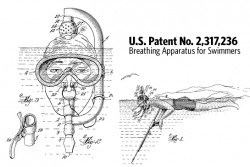 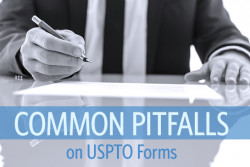