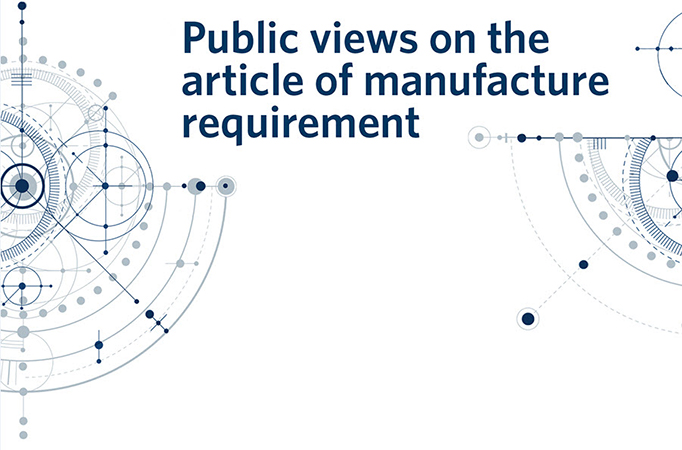 I am excited to announce that today the USPTO released the “Summary of public views on the article of manufacture requirement of 35 U.S.C. § 171.” The paper summarizes the comments received in response to the request for information seeking stakeholder and public input on whether the USPTO’s interpretation of the “article of manufacture” requirement for design patents should be reevaluated to incentivize and protect design innovation in new and emerging technologies.

As with other intellectual property rights, design patents play a critical role in our economy, stimulating job creation and economic prosperity. Maintaining our ability to protect designs effectively is critical to our efforts to revitalize America’s domestic manufacturing and secure our supply chains. According to a National Endowment for the Arts study in 2017, design patent protection provides a “catalyst for growth for small and medium-sized manufacturers” and “a competitive edge for U.S. manufacturing success in the global economy.” According to the study, success of small and medium-sized manufacturers (SMMs) (those employing fewer than 500 people) “is key to the U.S. manufacturing sector as SMMs create 56% of all new manufacturing jobs, comprise 98% of manufacturing firms and complete 60% of the process of taking goods from raw material to consumer product.” Indeed, since “up to 95% of production costs occur at the design stage,” good designs can lower cost. They can make products better, more usable, more environmentally sustainable, and create a personal connection between the product and the consumer.

Good designs promote competition by allowing SMMs to compete in the market even though they have limitations larger firms do not. They can often be a “major differentiator in ensuring product success in a global market.” 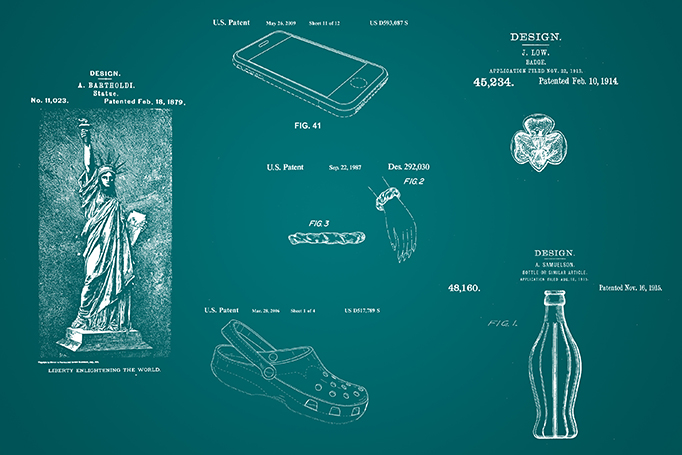 Examples of U.S design patents through the years

As to whether the USPTO’s guidelines are effectively incentivizing and protecting innovative designs within the laws as set forth by Congress and as interpreted by the courts, several commenters expressed that the guidelines are too restrictive and that modifications to the guidelines are permissible under the law and could allow the USPTO to better protect designs in new and emerging technologies. Some commenters called for harmonization, noting that other jurisdictions are moving toward broader protection in these newer technologies. Other commenters set forth reasons why some of these newer technologies should not be eligible for patenting and cited cases that may be limiting. One commenter made a policy argument that certain protections would not incentivize innovation but would instead stifle it.  Other commenters addressed concerns about the lack of prior art for inventions not previously patentable, noted that copyright and trademark law also protect certain designs, and expressed First Amendment concerns. The commenters also addressed whether eligibility for patent protection should depend on (1) the degree to which users interact with the design or (2) the integrality of the design to the operations of the device.

In view of the importance of this issue, the USPTO will immediately turn to reviewing the “Guidelines for Examination of Design Patent Applications for Computer-Generated Icons” and the surrounding law. We will also revisit Chapter 1500 of the Manual of Patent Examining Procedure (MPEP) directed to design patents to ensure it is updated with current case law. If you have additional thoughts or comments on design patents, please email IndustrialDesigns@uspto.gov.