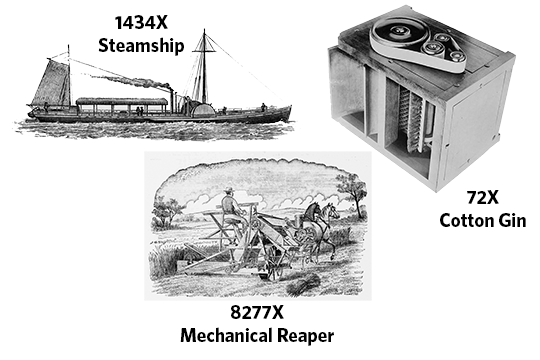 The industrial revolution began in Great Britain in the late 18th century, with new devices such as the power loom and the spinning mule increasing output. Then, in the early 19th century, as industrialization spread to the United States and continental Europe and factories became more common, machines meant to speed up economic activity and industrial and agricultural production soon flooded the market. Here are five of the most important such inventions patented in the United States between 1794 and 1851.

Cyrus McCormick, a farmer’s son, continued his father’s attempts to invent a horse-drawn reaping machine that had the potential to increase a field’s yield of grain by a factor of ten. He patented the device in 1834 but continued to improve upon it, and in the 1840s, orders from farmers began pouring in.

McCormick moved production from the blacksmith shop of his family’s farm in Virginia to a factory in Chicago in 1847. Next, in the early 1850s, he took his invention on tour to Europe. At London’s Great Exhibition of 1851, McCormick’s reaper won first prize. Demonstrations in other European cities—Hamburg, Vienna, and Paris—created a widespread media sensation. The prestigious French Academy of Science made McCormick a corresponding member, a rare honor. McCormick’s mechanical reaper so increased agricultural productivity that thousands—then millions—of agricultural workers could be released from the fields. They moved to the cities, expanding the urban market for harvested grain and contributing to the industrialization of the United States and Europe.

Eli Whitney’s cotton gin, patented in 1794, obviated the need to remove seeds from raw cotton by hand. The result was increased production of cotton, especially after the end of the Napoleonic Wars in 1815, when regular international trade in raw materials, finished goods, and, tragically, human beings resumed.

The proliferation and intensification of cotton farming and processing in the American South, aided by Whitney’s cotton gin, helped U.S. planters and merchants meet the increasing demand in Britain for material with which to mass-produce textiles, the main product of the early industrial revolution. By 1850, cotton goods, often made of American raw material, amounted to 40% of overall exports from the United Kingdom.

Robert Fulton began designing steam-powered ships as early as 1793, working with the engineering firm of James Watt, inventor of the era’s most efficient steam engine. On August 17, 1807, Fulton’s steamship made its first voyage, from New York City to Albany and back, in 62 hours. “The power of propelling boats by steam is now fully proved,” Fulton declared. He opened commercial service on the Hudson River the following month and received U.S. patents for steamship technology in 1809 and 1810.

Soon enough, steamships began plying the waters of the open Atlantic. In 1819, a sailing ship supplemented with steam power crossed from Savannah, Georgia, to Liverpool, England, and by the 1830s, steam-powered vessels were carrying goods and people back and forth reliably and on a regular basis. The result was faster, safer, and more reliable transportation, an engine of industrialization in Europe, North America, and—eventually—all over the world.

Isaac Singer of New York City invented a sewing machine with mass-produced, interchangeable parts that beat the competition when it came to marketing a reliable, affordable device for turning textiles into finished goods. Singer’s reliance on prior technology still protected by U.S. patents soon got him into legal trouble, but the end result was a so-called “patent pool,” an agreement among inventors and licensees to work together and share in the profits. Nevertheless, Singer emerged as the giant of the industry.

Singer sewing machines became fixtures in homes, workshops, and sweatshops all over the world, though the devices had uneven effects on the lives of the people who used them. While the amount of time and effort it took to make a garment decreased, low wages and labor exploitation persisted. However, some historians have argued that the sewing machine might have provided working women with just enough free time to join the burgeoning women’s rights movement, which got underway in the United States just as Singer’s sewing machine became available.

Samuel Morse, an artist from Massachusetts with an interest in electricity, envisioned the improvements to wired telegraphy that made the modern electric telegraph possible. He patented a system of telegraph signs (the Morse Code, U.S. Patent no. 1,647) in 1840 and a series of telegraph devices over the course of the next several years. His first patent for a telegraph device was granted in 1849.

Morse probably got the idea of sending messages long-distance at lightning speed from the semaphore telegraph of the Napoleonic era. Under that system, observers with spyglasses and mechanical flags or arms had stood atop towers placed six miles apart, forming a network that could relay messages across the country in a matter of hours. Morse’s electric telegraph accelerated the process to a pace approaching the speed of light. Sensing the implications of this breakthrough, a contemporary journalist remarked, “This is indeed the annihilation of space.” The telegraph enabled near-instantaneous transmissions across vast distances, initiating a communications revolution still underway today.

Disclaimer
Inventors Eye offers useful information, non-legal advice, and interesting stories about innovation and intellectual property (IP). Given that IP law and policy change over time, readers should consult current statutes and regulations before attempting to apply for a patent or register a trademark. These laws and the application process can be complicated. If you have IP that could be patented or registered as a trademark, the use of an attorney or agent who is qualified to represent you in the USPTO is advised.
Resources
Inventor organizations by state
Questions or Article Suggestions?
Email us 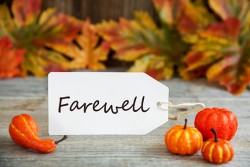 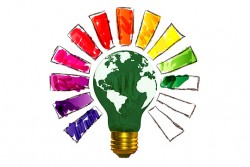 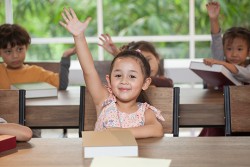 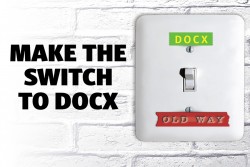 Inventors Eye
Switch to DOCX filing
As a part of continuous efforts to modernize and streamline patent application systems, the USPTO 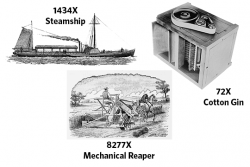