National Hispanic Heritage Month, held each year from September 15 - October 15, celebrates Hispanic cultures and heritage and recognizes the many contributions Hispanic Americans have made to this nation.

In conjunction with Hispanic Heritage Month, the Department of Commerce's United States Patent and Trademark Office is recognizing some Hispanic Americans whose inventions contributed to the nation's social and economic well-being. 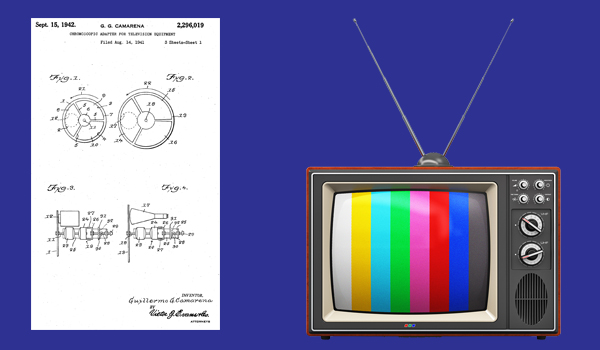 Born in Guadalajara, México, Guillermo González Camarena was granted U.S. Patent 2,296,019 for a "Chromoscopic adapter for television equipment", an early color television transmission system. His invention was used in NASA's Voyager mission in 1979 to take pictures and video of Jupiter. 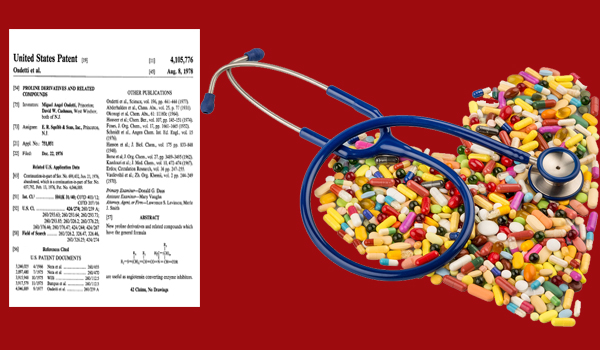 Born in Buenos Aires, Argentina, Miguel Angel Ondetti has been granted more than 100 patents, including U.S. Patent 4,105,776 for "Proline Derivatives and Related Compounds" also known as angiotensin converting enzyme (ACE) inhibitors to treat hypertension. He was also inducted into the National Inventors Hall of Fame in 2007. 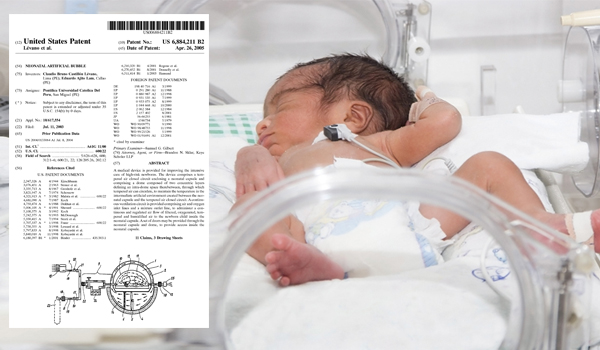 Born in Perú, Claudio Castillón Lévano was granted U.S. Patent 6,884,211 for a "Neonatal Artificial Bubble" that improves the intensive care of high-risk newborns. 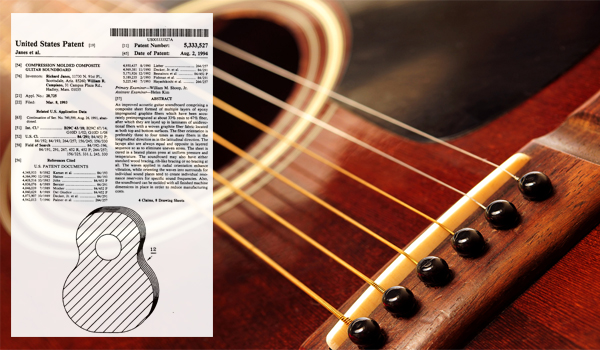 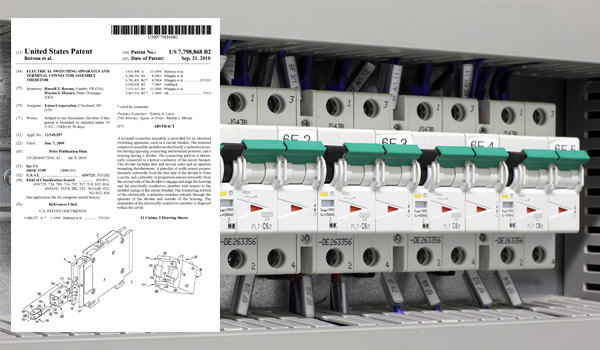 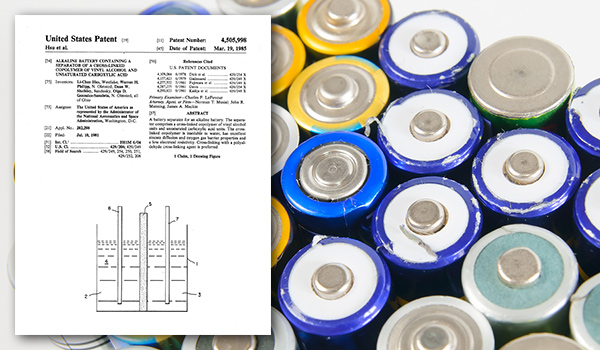 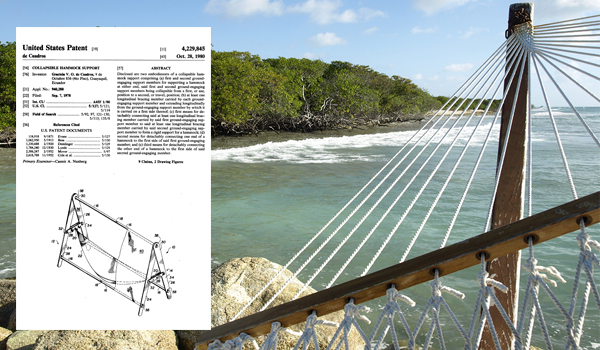 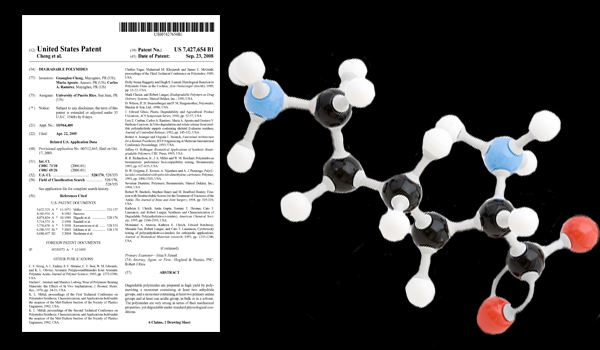 Born in Puerto Rico, Guanglou Cheng, Carlos A. Ramirez, and María Aponte were granted U.S. Patent 7,427,654 for "Degradable Polymides" for use in medical applications. 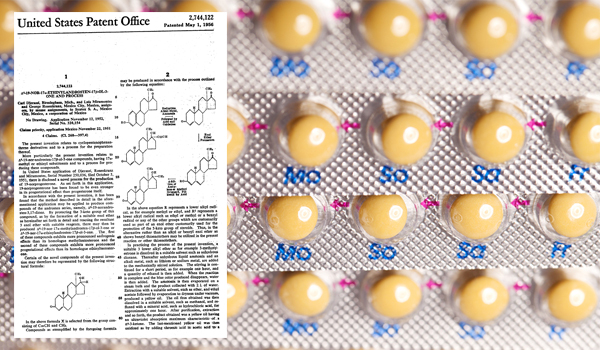 Born in México, Luis Miramontes was granted U.S. Patent 2,744,122 for progestin norethindrone for use in oral contraceptives. 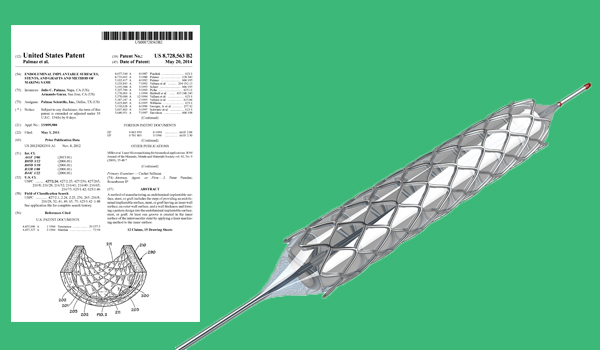 Born in Argentina, Julio C. Palmaz was granted over 40 patents, including his most recent - U.S. Patent 8,728,563 for "Endoluminal Implantable Surfaces, Stents, and Grafts and Method of Making Same." He was inducted into the National Inventors Hall of Fame in 2006. 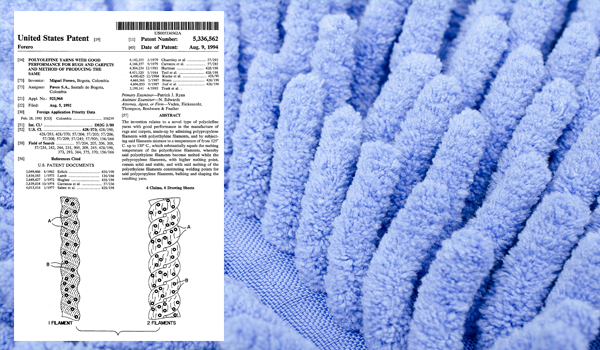 Born in Colombia, Miguel Forero was granted U.S. Patent 5,336,562 for "Polyolefin Yarns with Good Performance for Rugs and Carpets and Method of Producing the Same" and U.S. Patent 5,556,684 "Manufacturing Process for Synthetic Fiber Carpets Fixed by Fusion at Regular Intervals with Crests or Tufts, without Using Glues or Using Small Amounts of Glues, where Threads Do not Loosen and thus Obtaining the Carpets." 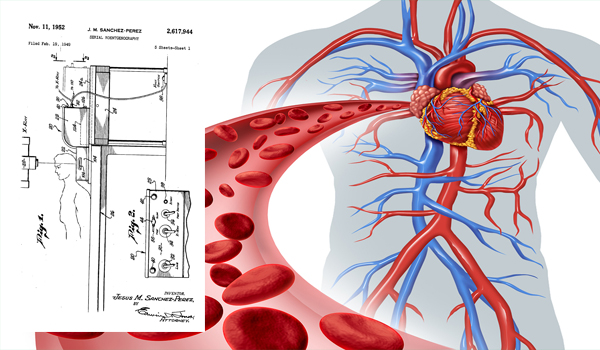 Born in Spain, Jesus Maria Sanchez-Pérez is a neurosurgeon that was granted U.S. Patent 2,617,944 for "Serial Roentgenography" circulatory system x-rays. 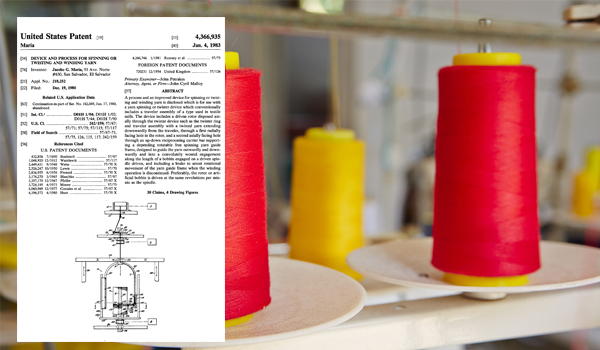 Born in El Salvador, Jacobo G. Maria was granted U.S. Patent 4,366,935 for a "Device and Process for Spinning or Twisting and Winding Yarn." 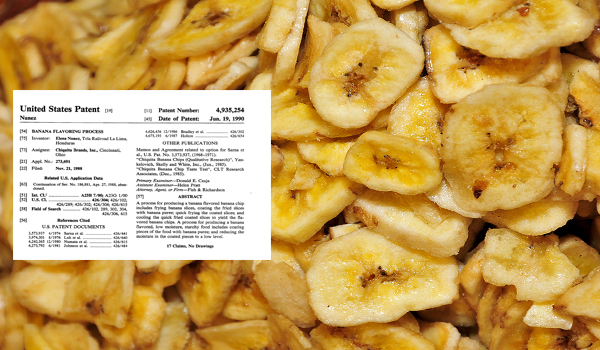 Born in Honduras, Elena Nuñez was granted U.S. Patent 4,935,254 for a "Banana Flavoring Process" and three other related patents. 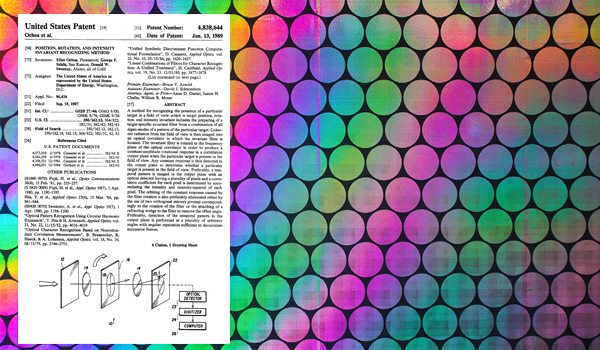 Born in California, Ellen Ochoa was granted U.S. Patent 4,838,644 for "Position, Rotation, and Intensity Invariant Recognizing Method " and two other optical-related patents. Ochoa was the first Hispanic woman to go to space when she served on a nine-day mission aboard the shuttle Discovery in 1993. 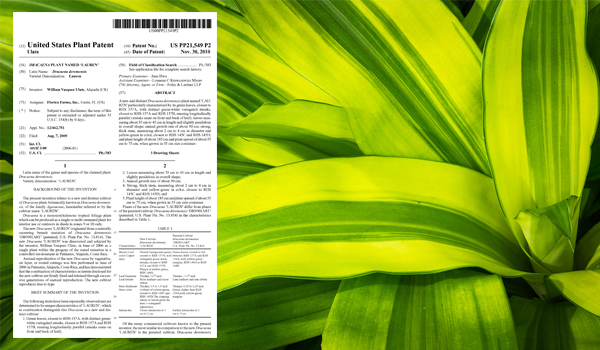 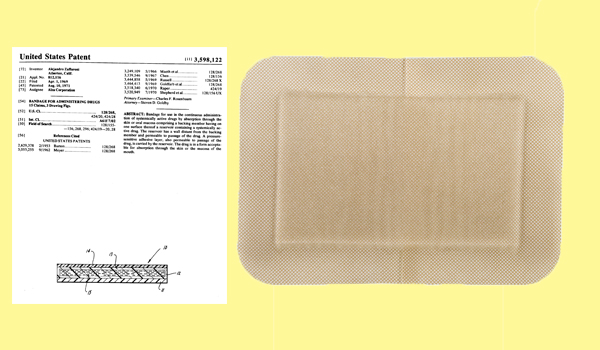 Born in Uruguay, Alejandro Zaffaroni has been granted over 45 patents to date, including U.S. Patent 3,598,122 "Bandage for Administering Drugs." He was inducted into the National Inventors Hall of Fame in 2012. 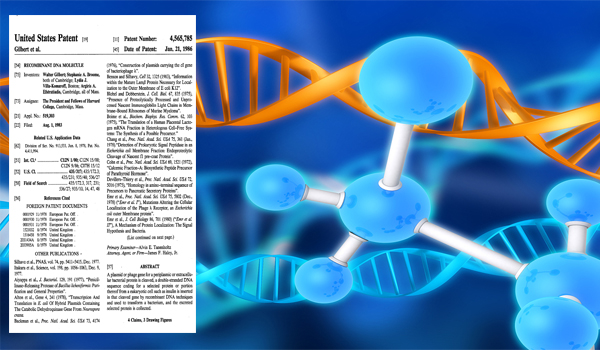 Born in México, Lydia Villa-Komaroff has been granted U.S. Patent 4,565,785 for "Recombinant DNA Molecule" and U.S. Patent 4,411,994 for "Protein Synthesis." She was the third Mexican-American woman to earn a doctorate in the sciences in the U.S. 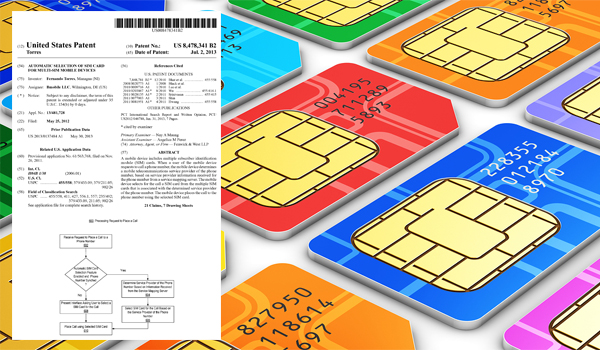 Born in Nicaragua, Fernando Torres has four patents, including U.S. Patent 8,478,341 for "Automatic Selection of SIM Cards in Mobile Devices." 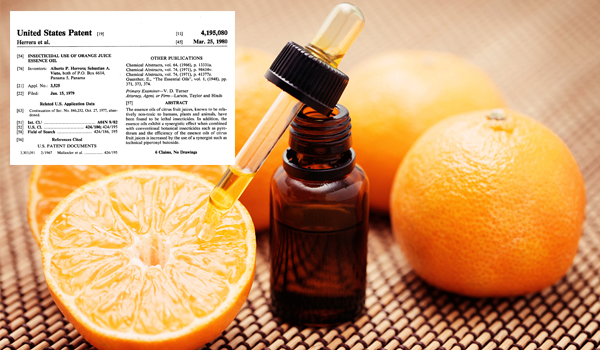 Born in Panamá, Alberto P. Herrera and Sebastian A. Vieto were granted U.S. Patent 4,195,080 for "Insecticidal Use of Orange Juice Essence Oil." 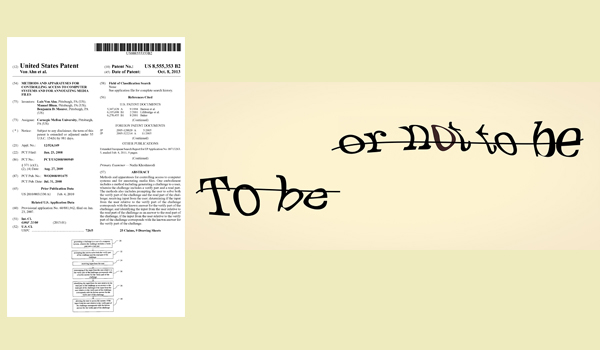 Born in Guatemala City, Dr. Luis Von Ahn was granted U.S. Patent 8,555,353 for "Methods and Apparatuses for Controlling Access to Computer Systems and for Annotating Media Files" - or Captcha for distinguishing human from machine input to prevent spam and automated extraction of data from web sites. 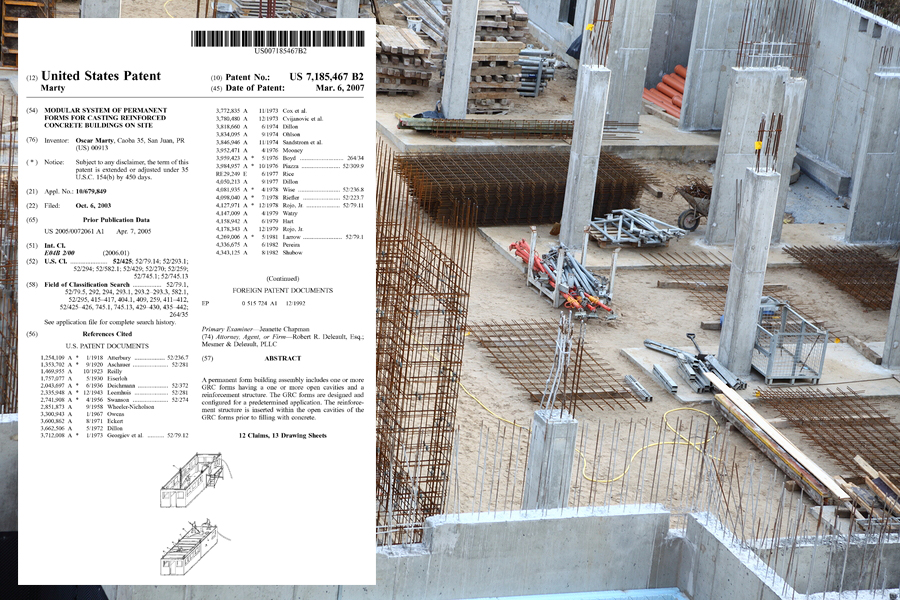 Born in Puerto Rico, Oscar Marty was granted U.S. Patent 7,185,467 for a "Modular system of forms for casting reinforced concrete buildings on site." 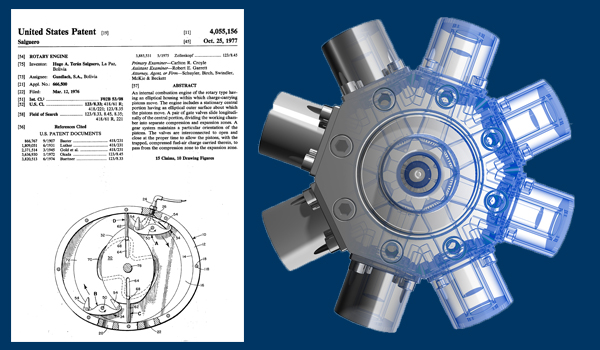 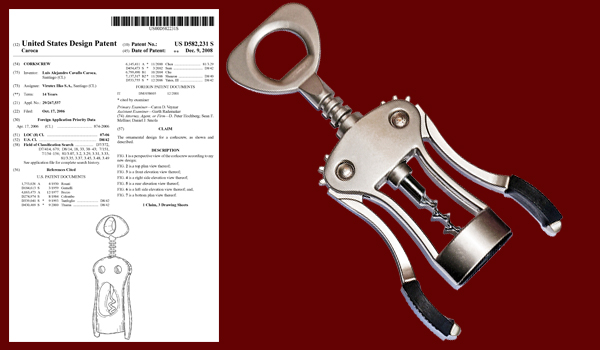 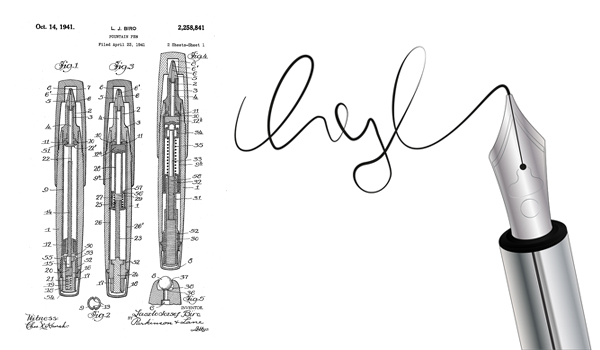 Born in Hungary and then later he migrated to Argentina, Jozsef Biró Laszlo was granted U.S. Patent 2,258,841 October 14, 1941 for a "Fountain Pen" - the father of the modern ballpoint pen. 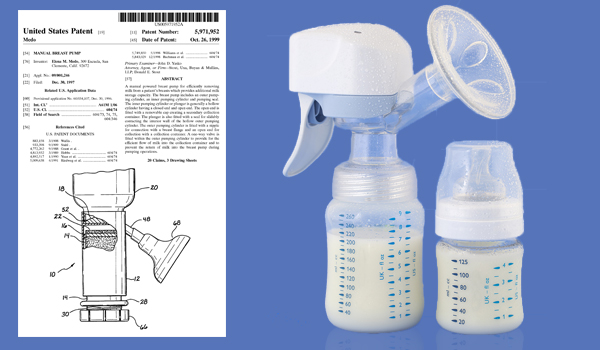 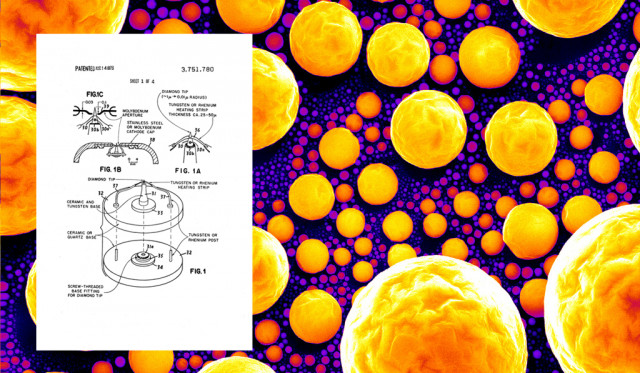 A native of Venezuela, Dr. Humberto Fernandez-Moran Villalobos invented and patented the diamond scalpel. Dr. Villalobos would combine his highly precise scalpel with a microtome into a new device that enabled researchers to cut very thin slices of tissue, minerals or plant matter to be examined under the microscope.