USPTO in the game at CES 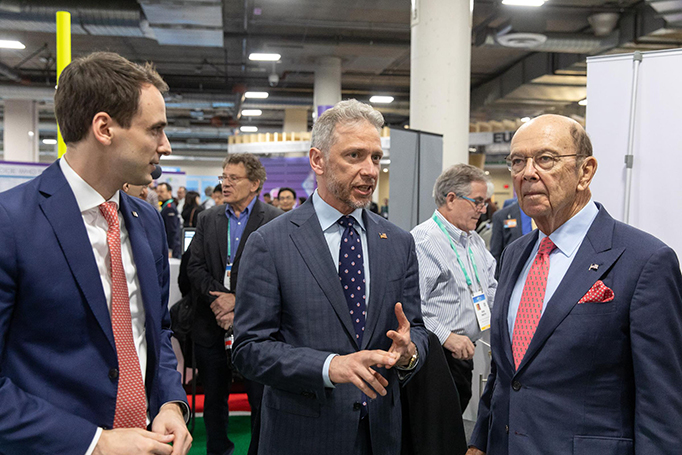 In January, Las Vegas turned its attention from the bright lights, shows, and casinos to leading consumer technology innovations in robotics, transportation, electronics, and more. Thousands of technology enthusiasts, including representatives from the Department of Commerce, the USPTO, the National Science Foundation (NSF), and the Small Business Administration (SBA), descended upon the bustling metropolis for CES to take part in what has been billed as the “Global Stage for Innovation.” Now in its 52nd year, CES is the place to be for those in the consumer technology industry. It is also one of the largest consumer shows in the world with more than 180,000 attendees and thousands of exhibitors. This year’s show featured an incredible array of products, including foldable tablets, smart home devices, plant-based substitutes for pork, emotional support robots, and flying taxis. These are not only the technologies of the distant future – many are available in the marketplace today.

USPTO Gets in the Game 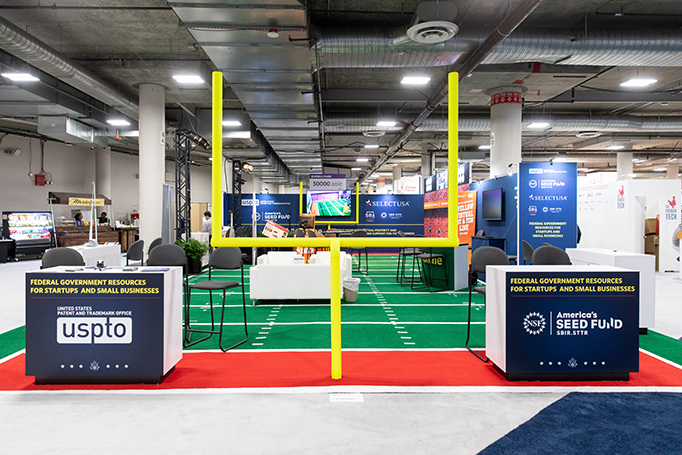 Through our annual participation in CES, the USPTO is able to reach many current and future entrepreneurs to drive home the importance of securing intellectual property (IP) both domestically and abroad.

The theme of the USPTO booth at CES’s Eureka Park startup village was “Get in the (intellectual property) Game.” The booth was co-located with a National Inventors Hall of Fame (NIHF) exhibit highlighting the work of Stan Honey, inventor of the electronic football first down line. At the booth, staff from the USPTO provided resources on securing patent, trademark, and other IP rights. We were also joined by representatives from NSF, SBA, and SelectUSA who provided assistance to startups to help them navigate opportunities offered by the federal government. 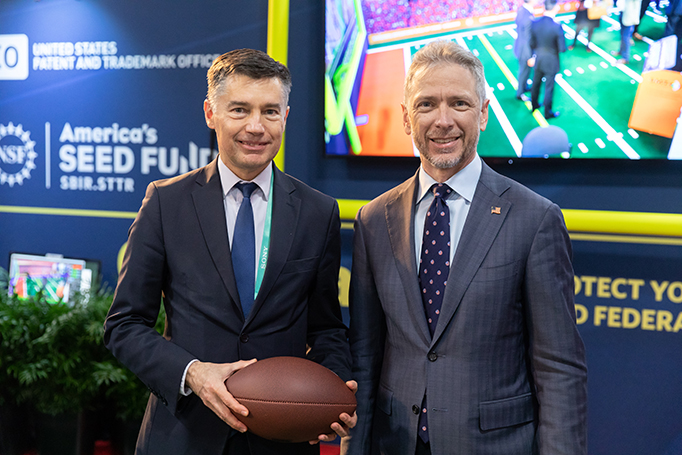 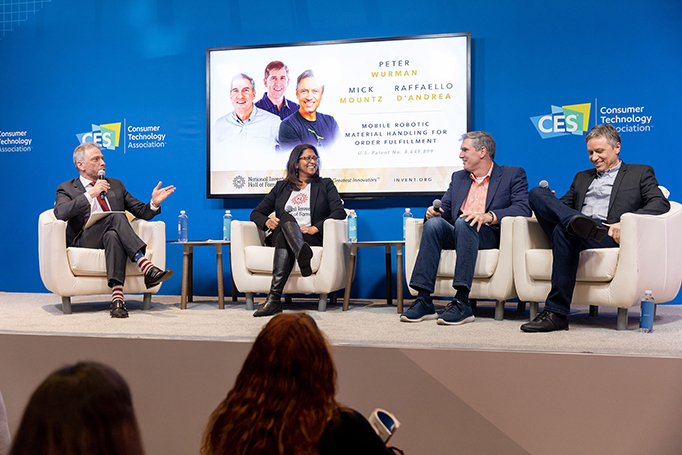 From left: Director Iancu and NIHF Executive Vice President Rini Paiva announced the 2020 class of inductees on the CTA Tech stage on January 7. They were joined by two of the new inductees, Mick Mountz and Raffaello D’Andrea, co-founders of robotics company Kiva Systems. (Photo by Jeff Isaacs/USPTO)

During CES, I also had the great pleasure of announcing the 2020 inductees to the National Inventors Hall of Fame (NIHF) along with NIHF Executive Vice President Rini Paiva. This year’s class of inductees featured a tie for the highest number of women inventors from the past years. Technologies from the inductees ranged from the modern parachute to medical devices and software. I was delighted to be joined live during the announcement by two of the 2020 inductees – Mick Mountz and Raffaello D'Andrea – the co-founders of the robotics company, Kiva Systems. We look forward to further celebrating the entire class of the 2020 living and historic inventor-inductees and their societal contributions. The NIHF 2020 class will be officially inducted in May at a ceremony in Washington, D.C. View the entire list of the 2020 class of inductees, or watch the induction announcement from CES. 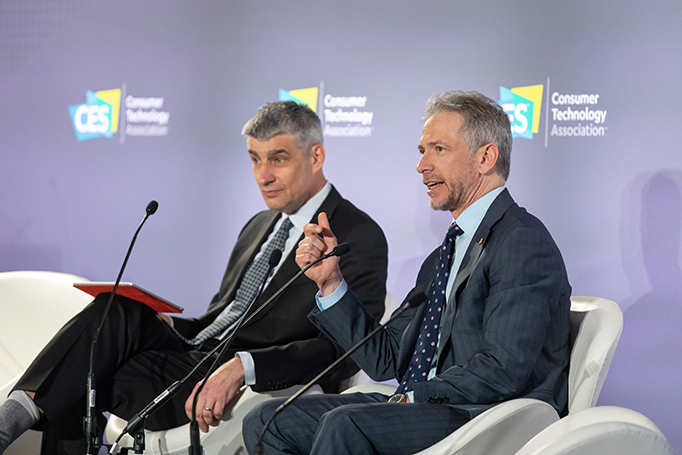 Innovation is at the heart of CES’s annual agenda. This year’s show emphasized artificial intelligence (AI) technologies and the numerous innovative products grounded in AI.

I had the pleasure of being interviewed by the Consumer Technology Association’s Senior Vice President for Government Affairs Michael Petricone on the topic of U.S. IP and innovation policy. Watch the recording of the interview. Michael remarked that “the USPTO is the world’s greatest and most pro-innovation patent system.” During our discussion, I summarized some of the USPTO’s current thoughts on AI innovation and patent issues. More public discussion on this topic can be expected in the near future.

U.S. Chief Technology Officer Michael Kratsios, who visited the USPTO booth, also spoke about AI policy. His focus was on the newly released White House Executive Order and principles promoting the need for a more balanced regulatory approach on safety in the innovation space. An overarching theme of these regulations is a focus on potential risks related to the government’s over-regulation of AI. As he explained during an interview, “If we’re too heavy-handed with artificial intelligence, we will end up stifling entire industries, and we want to make sure to [instead] foster the generation [of these industries] in the United States.”

I also met with U.S. Department of Transportation Secretary, Elaine Chao. Secretary Chao spoke at length about AI regulation as it relates to the transportation industry. In prepared remarks, she stressed the critical importance of “protecting American innovation and creativity – by protecting intellectual property.”

CES made abundantly clear, once again, that innovation is driving the next generation and the future. IP is the necessary ingredient that fuels such innovation at accelerating rates. As the guardian of our intellectual property system, the USPTO looks forward to helping entrepreneurs and inventors protect these exciting new technologies.