Spotlight on Commerce: Laura Peter, Deputy Under Secretary of Commerce for Intellectual Property and Deputy Director of the USPTO

Blog about the USPTO from the Department of Commerce.

Ed. note: This post is part of the Spotlight on Commerce series highlighting the contributions of Department of Commerce employees during Women’s History Month.

Guest blog post by Laura Peter, Deputy Under Secretary of Commerce for Intellectual Property and Deputy Director of the U.S. Patent and Trademark Office (USPTO) 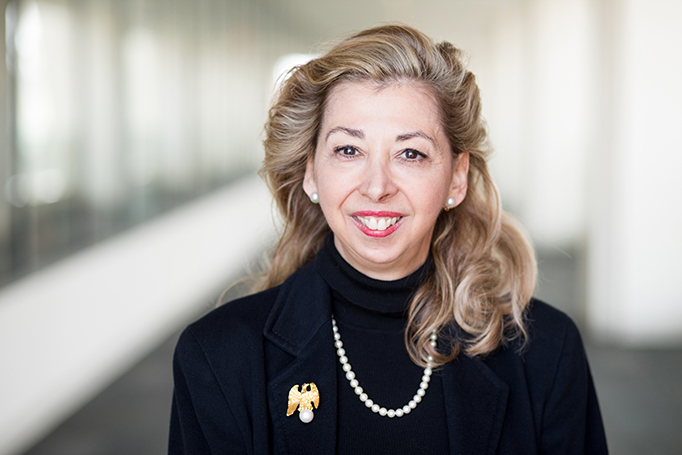 Deputy Under Secretary of Commerce for Intellectual Property and Deputy Director of the U.S. Patent and Trademark Office (Photo by Jay Premack/USPTO)

This past November, I was appointed Deputy Director of the U.S. Patent and Trademark Office (USPTO), and since then I have been actively supporting our agency priorities and working with our high-caliber employees. 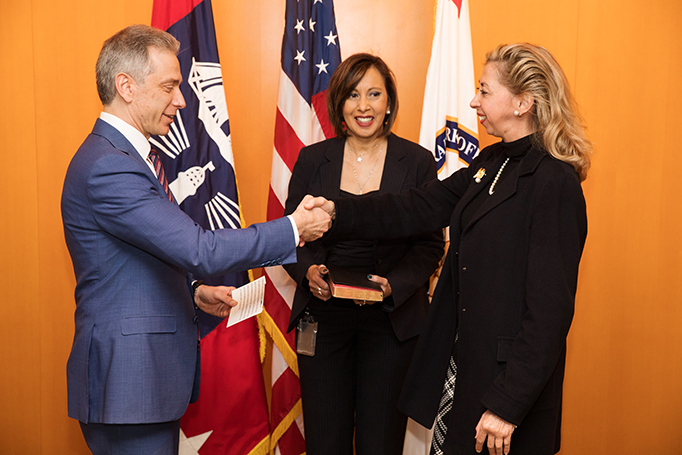 Deputy Director Laura Peter (right) is sworn in by Under Secretary of Commerce for Intellectual Property and Director of the USPTO Andrei Iancu on November 14, 2018. (Photo by Jay Premack/USPTO)

I grew up in California and pursued math and science from a young age. My father was a vice president at Hughes Aircraft Company, and when I was a young girl they were launching the first geosynchronous satellites into orbit. So when I was about three years old, I decided I wanted to be an astronaut! I have since learned that I don't like heights very much, and so, being an astronaut was not in my future. I was also interested in puzzles and mathematics, and that naturally led into engineering.

I always had a very strong interest in technology and policy, so when I finished my engineering degree at Cornell University, I went on to the University of Chicago and received my master's in public policy studies. I was interested in how legislation and policies should be developed in light of changing technology, and eventually I became a full-time lawyer. After practicing in the private sector for many years, I came to the USPTO – returning full circle to actualize the dream that I dreamt so many years ago.

The level of diversity at the USPTO is amazing, and this agency has done a phenomenal job of encouraging people from all walks of life to join the USPTO community to pursue their careers. Coming from the world of intellectual property in Silicon Valley where I was often the only woman in the room, this is especially refreshing and something the private sector could learn from. 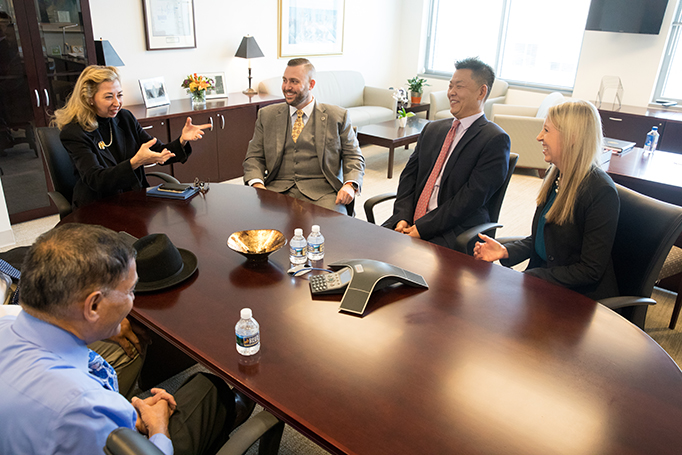 Deputy Director Laura Peter meets with members of the Supervisory Patent Examiner and Classifiers Organization in her office. (Photo by Jay Premack/USPTO)

One issue that is tremendously important to the USPTO is increasing the number of women inventors and expanding the innovation ecosphere. According to a study published last month by our Office of the Chief Economist, women inventors comprised only twelve percent of all inventors on patents in 2016. This needs to change!

In addition, there have been so many women inventors throughout history that we don’t talk about enough. For example, take National Inventors Hall of Fame inductee Harriet Strong, whose inventions in water storage in 1887 enabled the construction of the Hoover Dam, or Hedy Lamarr, who patented a frequency-hopping technique that paved the way for developments in modern wireless communications. Especially during Women’s History Month, but really all throughout the year, one of the most important things we can do is share stories of women inventors, past and present, who can serve as role models for all women and help inspire them to create and innovate.

The most important advice I would give to other women is: 1) be in the room and participate, and 2) do not give anyone an excuse to take you out of the running -- build your resume, get that advanced degree, and make yourself the strongest candidate you can be.