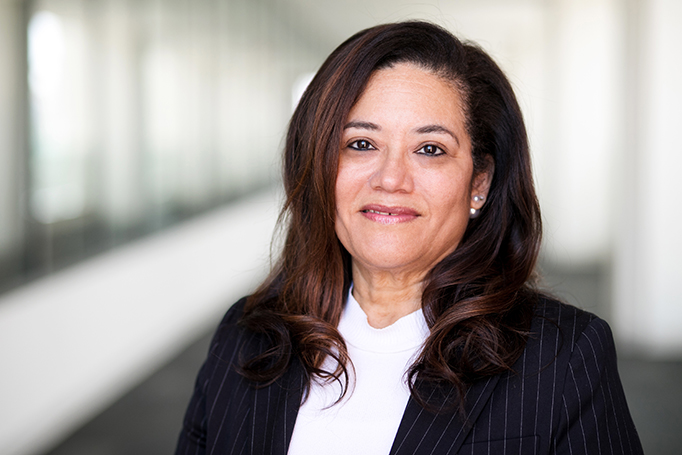 As the Deputy Commissioner for Patents at the USPTO, I am responsible for leading the organization’s international patent cooperation programs and initiatives. I also have oversight of the technology centers responsible for examining patent applications in the fields of telecommunications, mechanical technologies, and design.

I graduated with a B.S. in electrical engineering from Howard University, where I learned alongside a wonderful group of students from diverse backgrounds. After flexing my engineering muscle for three years, I decided to pursue intellectual property (IP) law at George Washington University School of Law. At about the same time, I began my career at the USPTO as a patent examiner. After graduating from law school, I realized public service at the USPTO was the right career choice for me. Nearly 29 years later, I’m still a member of the USPTO community. I would not be where I am today, in an exciting career in IP, without the support and guidance of very progressive parents, teachers, and mentors, and the examples set before me by talented women scientists, engineers, and attorneys.

I also have the unique pleasure and responsibility of being the executive lead, assisting the Director of the USPTO, with establishing the National Council for Expanding American Innovation (NCEAI) and the development of the national strategy for expanding American innovation.

The NCEAI consists of leaders from every corner of the innovation ecosystem; it was established to help guide the USPTO in developing a comprehensive national strategy to build a more diverse and inclusive innovation ecosystem by encouraging participation of women and other underrepresented groups. This strategy will be organized by a broad conceptual framework that considers the entire pathway along which interest and expertise in intellectual property and innovation is cultivated and nurtured in an individual.

I am honored to be a part of the Department of Commerce USPTO family during this groundbreaking period in the history of intellectual property. I feel privileged to be a part of this movement to increase participation in our innovation ecosystem by inspiring, empowering, and supporting all future inventors and entrepreneurs. These efforts will advance innovation and help our Nation’s economy grow.

Whenever I have the opportunity to talk to young women about intellectual property, I encourage them to challenge their minds through the fields of sciences, technology, engineering, and math. I know they would find the same fulfillment in these fields that I have always found. I also urge them to work hard, take pride in a job well done, never limit themselves, and reach back to help those who come behind them.

During Women’s History Month, I celebrate the accomplishments of the women engineers and scientists who have paved the way for me and many women just like me. I revel in the contributions of the women who have played a vital role in advancing our great country. Women like Beulah Louise Henry, a prolific inventor with 49 U.S. patents and over 100 inventions credited to her name; Marian Croak, a pioneer in the advancement of Voice over Internet Protocol (VoIP) who holds over 200 patents; and Ellen Ochoa, the first Hispanic-American woman in space and co-inventor on three patents. These and so many other women inventors are an inspiration and I look forward to seeing how future women innovators and entrepreneurs will shape our world.

Ed. note: This post is part of the Spotlight on Commerce series highlighting the contributions of Department of Commerce employees during Women’s History Month.