Update: Given the overwhelming interest in the guidance, the USPTO will now accept feedback via the Federal eRulemaking Portal until October 15, 2022. This blog has been updated to reflect the extension of the deadline for comments from September 15 to October 15. 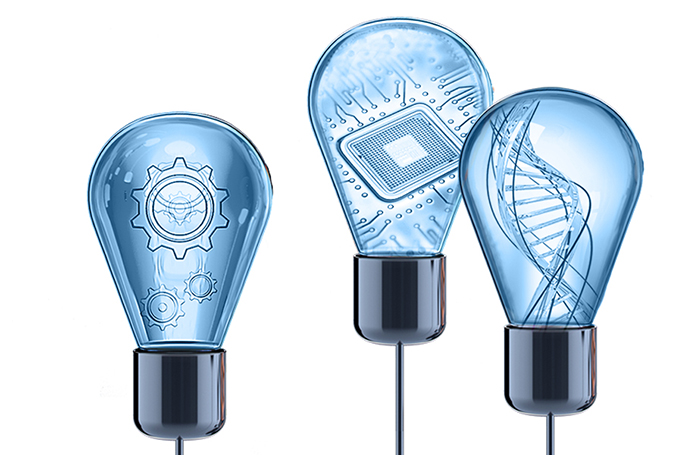 In our recent 2022 report to Congress titled “Patent eligible subject matter: Public views on the current jurisprudence in the United States,”1  I explained that across the spectrum, stakeholders generally agreed that the law on patent eligibility—like other areas of patent law—needs to be clear, predictable, and consistently applied. This clarity and consistency will allow innovators to attract the investment and collaborations that bring more innovation to impact, in turn creating more jobs and solving world problems.

Our founders left it to our representatives in Congress to promulgate laws that would incentivize invention and its disclosure. With this in mind, under 35 U.S.C. 101 (Section 101), Congress allows patent protection for “any new and useful process, machine, manufacture, or composition of matter, or any new and useful improvement thereof.”

The Supreme Court has interpreted Section 101 as imposing per se limits on eligibility by excluding from protection laws of nature, natural phenomena, and abstract ideas (judicial exceptions).

The Court provided a two-step framework for assessing eligibility. The USPTO must first determine whether the claimed invention is directed to a judicial exception. If so, the claimed invention satisfies Section 101 when there is something else in the claim that transforms it into something patent eligible (e.g., the claim provides an inventive concept that amounts to significantly more than the recited law of nature, natural phenomenon, or abstract idea).

The claimed invention must also satisfy the other patentability criteria, including the written description, enablement, and other requirements of 35 U.S.C. 112 and the requirements that the claimed invention not be anticipated under 35 U.S.C. 102 or obvious under 35 U.S.C. 103. Though USPTO examiners work hand-in-hand with applicants to determine whether there is subject matter that can be patented, of office actions containing at least one rejection, approximately 8% of them contain a rejection based on eligibility grounds, compared to, for example, around 80% of them being based on obviousness.

The USPTO developed and deployed the Deferred Subject Matter Eligibility Response (DSMER) pilot program at the urging of Senator Thom Tillis and Senator Tom Cotton in a March 2021 letter. The program is designed to evaluate whether examination efficiency and patent quality can be improved by delaying the complete evaluation of subject matter eligibility until other patentability criteria are evaluated as opposed to addressing all requirements for patentability at the same time. The invitation period of the program is set to expire on July 30, 2022. The program itself will continue for approximately one to two years as each of the participating applications reaches final disposition. To date, we have sent approximately 600 invitations, and one-third of those who responded have accepted. We look forward to the data from this pilot program and how it may inform examination practices moving forward.

In addition, the USPTO has imparted much-needed certainty into the patent examination process through updates to our guidance, including the 2019 Revised Patent Subject Matter Eligibility Guidance, the October 2019 Patent Eligibility Guidance Update, and the Berkheimer Memo, now integrated into the Manual of Patent Examining Procedure (MPEP). Our current guidance is in the Manual of Patent Examining Procedure 2106, which explains how patent examiners should evaluate claims for patent eligibility. The guidance has gone a long way toward providing consistent decision-making across our over 9,600 patent professionals, and has also produced a remarkable drop in the corps-wide eligibility rejection rate from about 25% in 2018 to about 8% today.

After we published the 2019 guidance, we issued an October 2020 report titled “Public Views on Artificial Intelligence and Intellectual Property Policy,” which discussed comments received from a diverse group of stakeholders on various issues affecting artificial intelligence, including subject matter eligibility. In April 2020, we released a report on patent examination outcomes titled “Adjusting to Alice.” The report discussed a study by the USPTO’s Office of the Chief Economist that found that the 2019 revisions to our eligibility guidance resulted in a 25% decrease in the likelihood of Alice-affected technologies receiving a first office action with a rejection for patent ineligible subject matter. The report also found that uncertainty about determinations of patent subject matter eligibility for the relevant technologies decreased by a remarkable 44% as compared to the previous year.

Despite this progress to achieve a more consistent examination under Section 101, there is more work to be done. Accordingly, we are revisiting our subject matter eligibility guidance.

We encourage the public to send any thoughts or comments on the guidance specified in MPEP Section 2106 via the Federal eRulemaking Portal until October 15, 2022. The public has also provided, and can continue to provide, input through our stakeholder listening sessions. The more specific the comments, the easier it will be for our team to assess them. Proposed redlines are also welcome.

In addition to the work within the USPTO, we are engaged in international efforts as we continue to evaluate our approach to subject matter eligibility. We have had several discussions and roundtables with colleagues from foreign offices, including counterparts from Europe, Japan, Korea, and China, to get a deeper understanding of how other jurisdictions determine patent eligibility. We continued those discussions this month in Geneva when I met with foreign intellectual property leaders on the margins of the Meetings of the Assemblies of the Member States of the World Intellectual Property Organization.

We are also working with Congress and the U.S. Department of Justice’s Office of the Solicitor General, providing technical assistance and other input on patent eligibility with the goal of creating more certain and predictable rights that foster innovation. We will continue to work with the Solicitor General and her office to identify good vehicles for achieving that objective, while pursuing all other options in parallel.

We look forward to continuing our discussions on this critically important topic and finding a path forward that will optimize our intellectual property laws for the benefit of our country.

1 Our report was published in response to a March 2021 letter we received from Senator Thom Tillis, Senator Mazie Hirono, Senator Tom Cotton, and Senator Chris Coons asking that the USPTO issue a request for information on the current state of patent eligibility jurisprudence in the United States and provide a detailed summary of the findings.