Leading the way in the IP economy

Blog by Andrei Iancu, Under Secretary of Commerce for Intellectual Property and Director of the USPTO 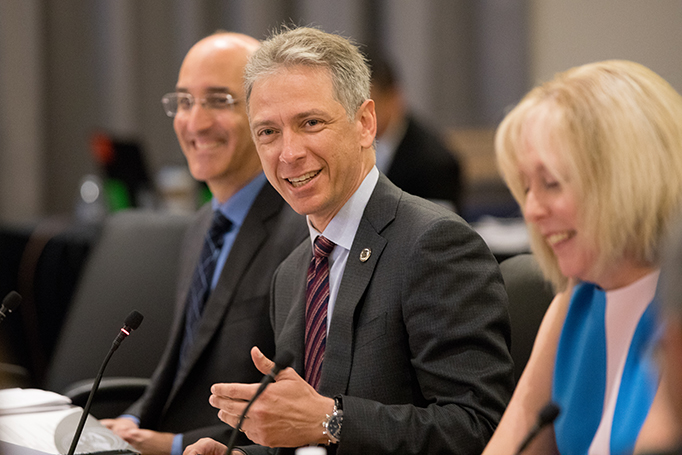 Director Iancu at the quarterly meeting of the Patent Public Advisory Committee at the USPTO in Alexandria, Virginia on August 2, 2018. (Photo by Jeff Isaacs/USPTO)

At the outset of my tenure as Director of the USPTO in early 2018, I challenged the USPTO staff and stakeholders to focus on reclaiming our nation’s leadership on intellectual property, first by creating a new, pro-innovation, pro-IP dialogue and, second, by balancing our IP systems and increasing the reliability of the rights we issue.

Working together for the past three years, we did exactly that—and so much more. The list below summarizes a number of our accomplishments, but let me highlight a few.

We issued new guidance to our examiners on patent subject matter eligibility in 2019. The USPTO’s Chief Economist confirmed in a study released in April 2020 that the uncertainty of examination in this area has decreased by a remarkable 44% in the one year following publication of the guidance.

We balanced post-grant proceedings at the Patent Trial and Appeal Board through a series of carefully calibrated initiatives, including aligning the claim construction standard with the district courts, improving the amendment process, reducing duplicative proceedings, and increasing transparency and consistency of decisions. We decreased patent examination pendency to 23.3 months on average, the lowest since 2001. We also reduced the average patent appeal time to a remarkable 13 months, down from 30 months in 2015.

We reduced fraudulent trademark applications through improved technology, examination, and various new procedures. And we saw the passage of the Trademark Modernization Act, the most important trademarks legislation in decades.

Furthermore, we improved operations at the USPTO, and upgraded, backed up, and secured our vast data repositories, information technology systems, and telecommunications networks. We completely revamped and modernized our website. And we created artificial intelligence tools for classification, examination, and much more to come. Importantly, we maintained continuity of operations during the pandemic and during a government shutdown due to lapse in funding. 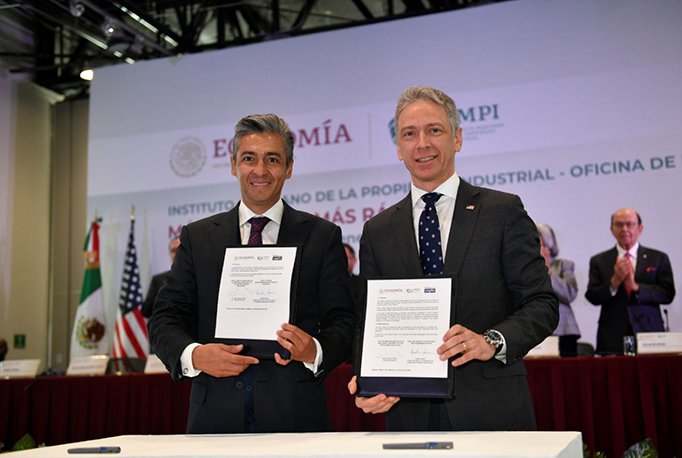 Internationally, we forged a broad-based coalition of countries to elect new leadership at the World Intellectual Property Organization (WIPO) that respects and champions intellectual property rights. We implemented a first-of-its-kind Parallel Patent Grant with Mexico. And we signed a patent validation agreement with Cambodia, and many MOUs with countries around the world.

We recognized the need for a renaissance in American innovation – one that opened doors for more women, minorities and geographic regions to participate in the American intellectual property system. As a result, last fall we kicked-off the inaugural meeting of the ground-breaking National Council for Expanding American Innovation, which is now fully operational and in the process of helping us develop a first-ever National Innovation Strategy aimed at substantially broadening participation in the innovation economy, demographically, geographically and economically. 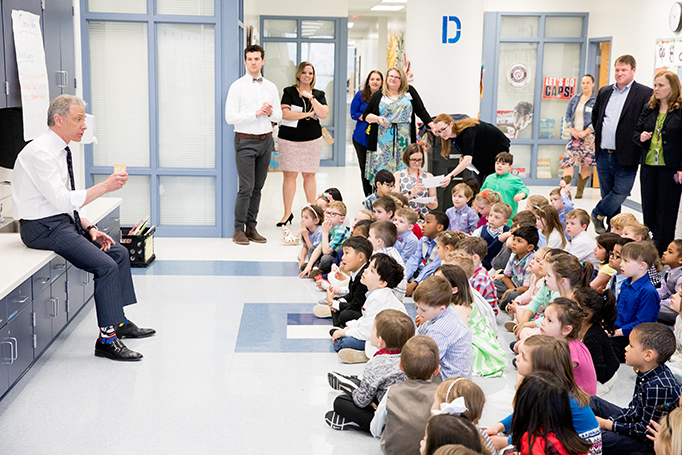 Director Iancu meets with a kindergarten class at Terra Centre Elementary School in Burke, Virginia on April 4, 2019, where he took part in their Kindergarten Invention Expo and gave a presentation on IP and invention. (Photo by Jay Premack/USPTO)

Additionally, I’ve spent the past year presenting to faculty and students at dozens of America’s top intellectual property universities, seeking to establish among our next generation of IP professionals a common understanding of, and appreciation for, the theories, benefits, and practical applications of intellectual property laws.

Through these and numerous other engagements, we have highlighted for teachers, parents, and students from kindergarten through college the virtues of invention, IP protection, and entrepreneurship, and shared information about the important and exciting careers that exist for innovators and IP professionals. Additionally, we created new training programs, such as the Legal Experience and Advancement Program, for fledgling patent attorneys so they can gain confidence and experience in patent and trademark proceedings. 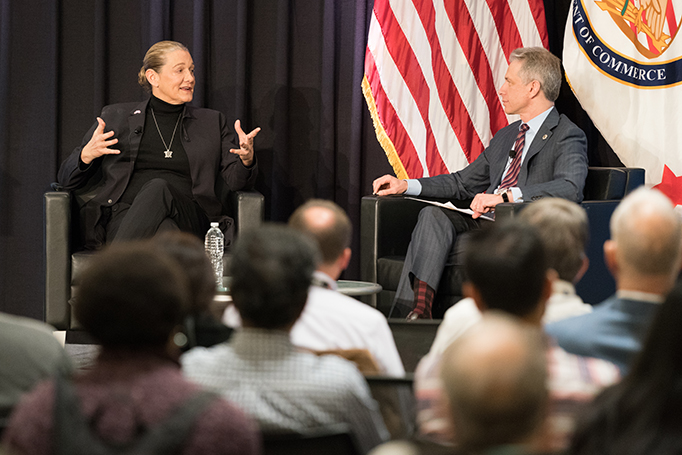 Director Iancu interviews Dr. Martine Rothblatt, the creator of SiriusXM Satellite Radio, former CEO of GeoStar, and the founder and CEO of the Board of United Therapeutics on December 4, 2019, as part of the USPTO Speaker Series. (Photo by Jay Premack/USPTO)

We have promoted the incredible—yet mostly unheralded—stories of the people whose inventions have fundamentally changed the lives, and livelihoods, of millions of Americans. For example, we created the first-ever USPTO Speaker Series, bringing to USPTO employees and the public some of our nation’s greatest inventors and entrepreneurs. We also took the opportunity of promoting the grant of Patent 10 Million to raise the profile of our inventors and entrepreneurs, and we created the Journeys of Innovation series of online articles about innovators who have made a positive difference in the world. These people should be our most celebrated national figures, role models, and mentors for the next generation of Americans.

We have worked to improve the dialogue surrounding IP in many other ways too. When I arrived at the USPTO, I noted that for too long, the words used to describe our patent system focused too heavily on its faults. Our IP system—born from the Constitution and steeped in our history—is a crown jewel, a gold standard. It must be defined by its goals, aspirations, and successes. As a result, we worked to create a new, pro-innovation narrative that focuses on the brilliance of inventors, the excitement of invention, and the incredible benefits they bring to society, while still ensuring patent and trademark examination of the highest quality. 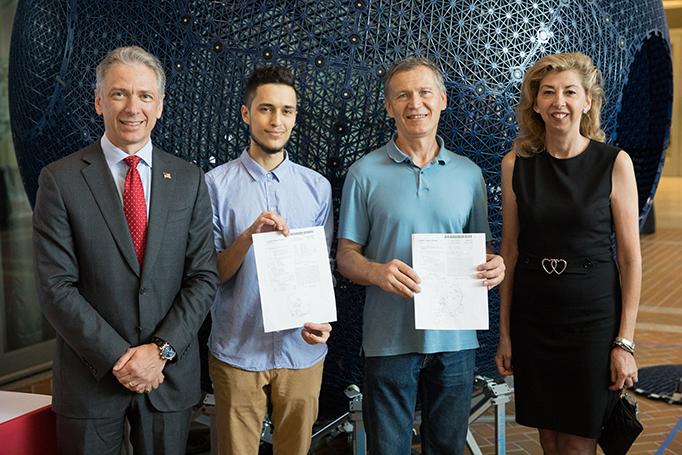 Director Iancu and Deputy Director Laura Peter, shown with Ray Latypov, patent-holder and CEO of Virtusphere, (a device created for full body immersion into virtual reality) and joined by his son Alfred. Latypov’s invention was displayed at the USPTO on July 23, 2019 in conjunction with an event commemorating the 50th anniversary of the moon landing. (Photo by Jay Premack/USPTO)

This pro-innovation, pro-IP dialogue is more important than ever, since we depend on inventors and entrepreneurs to solve mankind’s most vexing problems, including the current pandemic. These and creators of all kinds have always defined America, and, with a robust IP system, will continue to do so. 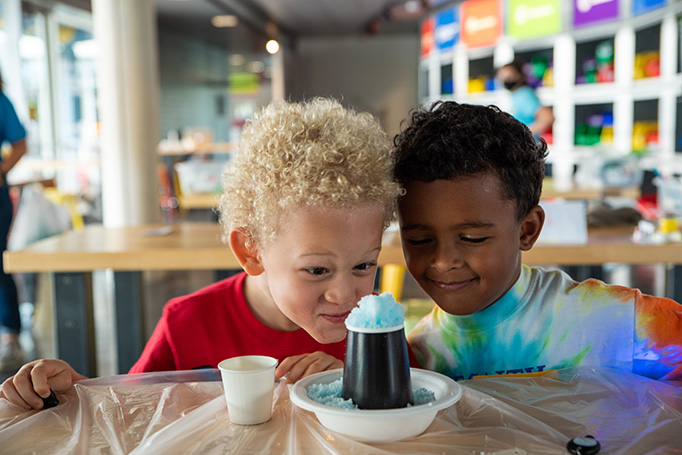 Through it all, the most amazing people I met these past few years are the inventors of the future—starting with kindergarteners making their first creations and excitingly explaining them to me. Jumping up and down, many would say, “Director, I want to be an inventor when I grow up!” Their unbridled enthusiasm assures me that America’s best days are yet to come.

Thank you for the opportunity to serve this great country that I love.

2. Increased the Certainty, Reliability, and Quality of IP Rights

3. Changed the Dialogue on IP

4. Balanced AIA Review Proceedings at the Patent Trial and Appeal Board

6. Reduced Abuse of the IP System

10. Modernized the USPTO IT System


How can the USPTO protect the small inventor and bussines when registering trade marks, and patents from large conglomerate and giant company’s who abuse the fact that they have money and attorneys and when they attack a small company or a individual- how can a small bussines or person muster up $24-50000 in defense or opposing ridicules demands but these bully’s. I beg for Mr Director Iancu to talk to me so I can help though my trauma others who have will be abused by the “ loop holes for big company’s “ in attacks on others who can’t realy afford to defend even when on the right !!!!

In my humble view the fact that a small patent holder can be easily pushed around by a large corporation who’s infringing on his/her patents is a big hole in the system! If someone steals my car all I have to do is to call the police. If someone steals my idea and infringes on my issues US patents I need millions of dollars to convince the court! That’s a huge deterrent from innovation in America!

Thank you for your great contributions domestically and internationally.

At least you tried to make some significant changes there, Director Iancu. That's appreciated. Thanks. However many more things need to change at the USPTO (and quickly), ideally starting with the repeal of the absolutely 'horrible' and (despite it's intentionally euphemistic name) 'invention killing' AIA! It was a BIG mistake (and a 'con') by our heavily lobbied Congress, which made the lives of 1000's of our talented American inventors much worse and much less rewarding (if that was even possible to do). The Founders would definitely not have approved of the AIA, since it primarily rewards large corporations/monopolies and universities (while 'almost assuring' the failure of smaller entities, start-ups and individual inventors).

Thank you Director Iancu for strengthening the USPTO and the IP practice in the U.S. with your patriotic service, vision, energy, wisdom, patience, talent, outreach, equity, and leadership. You are an outstanding example of a great public servant and champion of the American dream.

I've seen first hand the great work that you've done at the USPTO. May your accomplishments be similarly bountiful in your next endeavor!!! Godspeed!!!