Increasing representation of Native Americans in STEM and innovation 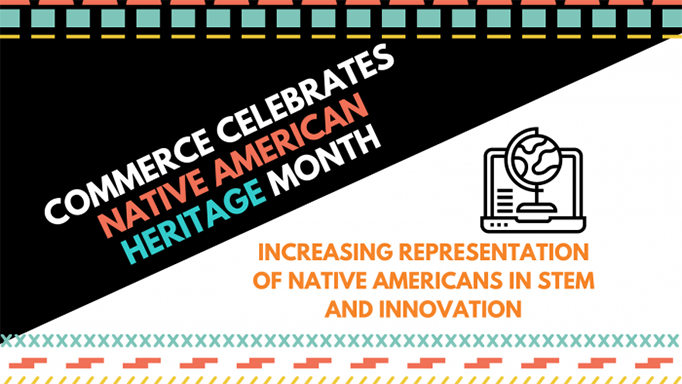 Joint blog by the USPTO and the Economic Development Administration

This month, the U.S. Department of Commerce is celebrating Native American innovators and entrepreneurs. Agencies across the Department of Commerce, including the U.S. Patent and Trademark Office (USPTO) and Economic Development Administration (EDA), offer a number of tools and resources to support all inventors, innovators, and entrepreneurs, including those in underrepresented communities like Native Americans. 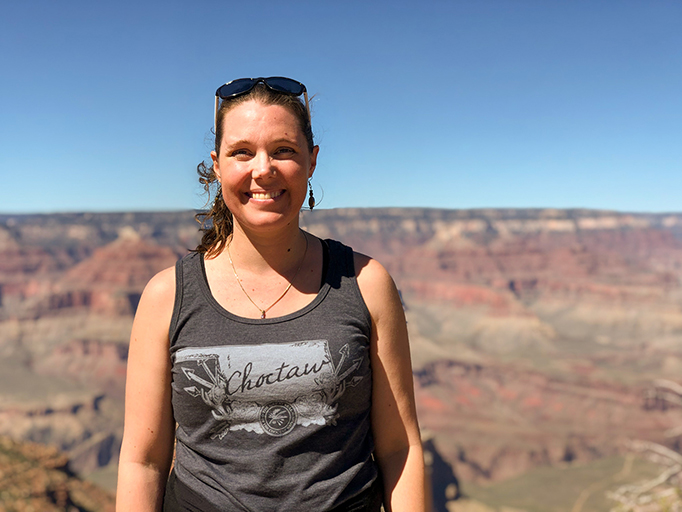 Tara Astigarraga, Member of the Choctaw Nation of Oklahoma and Master Inventor at IBM

With the help of IBM mentors and her first patent in 2008, Tara Astigarraga, who is a member of the Choctaw Nation of Oklahoma, helps younger women and men from underrepresented backgrounds see the possibilities of a career in science, technology, engineering, and mathematics (STEM). Born and raised in Arizona and part Native American through her father, today she is an IBM Master Inventor named on more than 80 patents—for a variety of innovative storage, networking, security, and blockchain solutions.

Speaking about the importance of mentorship, Astigarraga stated “I had a really great mentor when I first joined [IBM] from the Native American community. She was the head of our diversity group at the time. Her name's Michele Morningstar... And she pulled me immediately into the diversity group there and got me involved with all the other folks across IBM.”

Astigarraga is passionate about increasing the representation of Native American communities and other underrepresented groups in STEM fields. “When people talk about activities in STEM or how to build pipelines and get people involved,” Tara says, “they typically talk about the Black and Hispanic communities and even women. But Native American communities hardly ever get brought up because when you round that data, we get rounded to zero and we don't even get included in those conversations.”

She also speaks frankly about her struggle with a challenge all too common to young people, especially those from backgrounds traditionally underrepresented in STEM: impostor syndrome. Working with young students, especially girls, young women, and members of other traditionally underrepresented groups like Native Americans, allows Tara to be an example of a successful engineer they can see and relate to. Read more about Tara Astigarraga in the USPTO’s Journeys of Innovation story. And learn more about the USPTO’s inclusive innovation efforts, resources that support all inventors and entrepreneurs, and the Women’s Entrepreneurship initiative that just launched with the Department of Commerce. 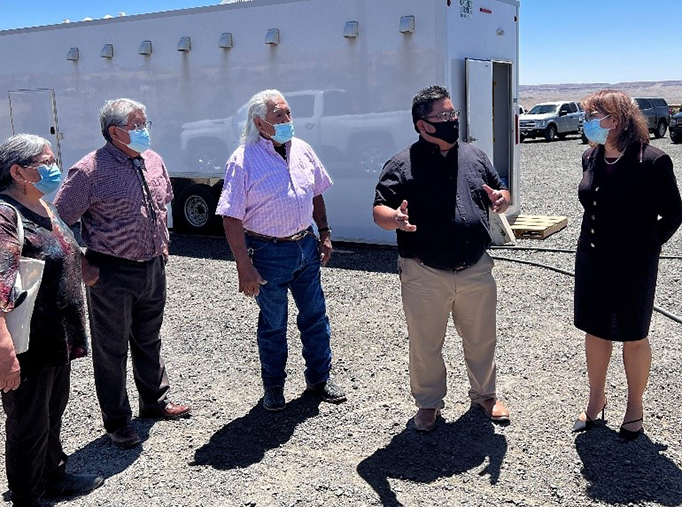 Through Economic Development Administration (EDA) programs, the Department of Commerce supports the inventors and entrepreneurs that follow in Astigarraga’s footsteps by working with Tribal leaders to develop a robust commercial ecosystem that cultivates and advances talent within America’s Indigenous communities.

With President Biden’s American Rescue Plan (ARPA), EDA recently completed distribution of $100 million in funding through the Indigenous Communities program, a major investment initiative created to support Tribal governments and related organizations as they design and execute economic development projects to build economies for the future, including the creation of opportunities for Native American innovators seeking seek good-paying jobs in STEM fields.

For instance, with EDA backing, the Standing Rock Renewable Energy Authority is planning, evaluating, and designing the Anpetu Wi Wind Farm. This project will help diversify the local economy and increase energy independence for this Tribal community. Meanwhile, in New Mexico, the Pueblo of Picuris is constructing the Picuris Vocational Training Center, building the skills of the local workforce to help secure quality job opportunities. These projects, and dozens like them, are supporting Tribes and Alaskan Native Villages as they establish a trajectory for economic success that accelerates the achievements of new generations of Native American innovators.

Expanding opportunity and creating an economy that works for all Americans is central to the Department of Commerce’s mission and strategic plan. The USPTO and EDA are proud to join all Commerce bureaus in celebrating the Native American community and recognizing their significant contributions to our nation’s economy, competitiveness, and growth.