In New Orleans and throughout the world: USPTO’s IP attachés and the restorative impact of intellectual property 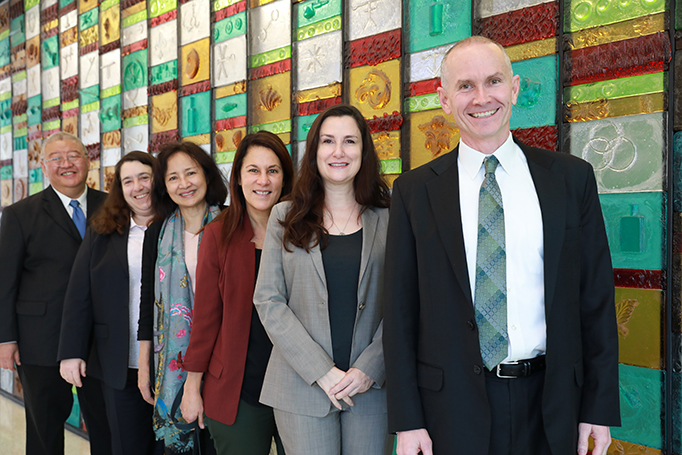 Innovation has long been recognized as a critical component of economic growth. Many cities and regions in the United States seek to foster the development of innovative new companies and to help them commercialize their products as a way of spurring growth and investment. The protection of intellectual property (IP) underlying these innovations — such as patents, trademarks, and copyrights — goes hand-in-hand with these economic development efforts, particularly when companies move into markets overseas. It is a dynamic I saw recently when I joined five of the USPTO’s intellectual property attachés in New Orleans, Louisiana, this past December.

The IP attachés are diplomats posted to U.S. embassies and consulates throughout the world who work to improve foreign IP systems to benefit U.S. stakeholders. They are posted in 12 locations: Brazil, China (Beijing, Guangzhou, and Shanghai), Europe (Brussels and Geneva), India, Kuwait, Mexico, Peru, Thailand, and Ukraine. In each of these locations, the attachés meet with foreign government officials to explain U.S. views on IP and to advocate for improvements to IP systems. They also conduct training and public awareness programs on IP protection and enforcement, and they provide information and assistance to U.S. stakeholders who are experiencing problems protecting their IP abroad.

The attachés’ visit to New Orleans was part of their ongoing domestic outreach efforts to hear first-hand about the problems and challenges faced by inventors and businesses. Previous visits have brought them to areas such as Boston, Seattle, and Dallas. This time, they had the opportunity to meet with a wide variety of businesses, educational institutions, government officials, and IP stakeholders in Louisiana to learn about some extraordinary developments in innovation and entrepreneurship.

New Orleans is an iconic city, known for its distinctive architecture, food, and culture. However, the city and state have recently undertaken several initiatives to encourage creators and innovators to return to the region. One of these initiatives funded the New Orleans BioInnovation Center, a biotech incubator with state-of-the-art lab space in downtown New Orleans.

The Center operates in the city’s biomedical district and is dedicated to supporting economic development benefitting life sciences. To date, it has helped more than 225 new biotechnology companies in Louisiana, providing them with lab space, connecting them with other entrepreneurs and regional research institutions, and helping them to commercialize their technologies. According to the Center, its efforts have resulted in the creation of more than 480 high-wage jobs and has attracted millions of dollars of new investment to the region.

The Center’s cooperative approach was notable during our visit. Among the individuals we met were representatives from several of New Orleans’ institutions — including Tulane University and Louisiana State University — who work with the Center on technology transfer and commercialization.

The interconnectedness of today’s marketplace has increasingly made commercialization a global endeavor. An important prerequisite to commercialization, however, is ensuring the protection of an enterprise’s IP. That issue was at the forefront of the IP attachés’ discussions with the stakeholders and innovators that they met in New Orleans.

This is a sentiment that I’ve heard before in other U.S. cities the IP attachés have visited. In Boston this spring, for example, the president of the Inventors Association of New England, George Peters, expressed: “It’s an incredible feeling to know that the IP attachés are in our corner. They place very high value on the independent inventor, work to promote our interests and are available as a resource to answer questions about foreign markets.”

Our visit to New Orleans made clear the importance of protecting and enforcing IP, particularly in a rebuilding economy such as New Orleans. From spurring biomedical research that can generate breakthroughs such as new cures to attracting investment and the subsequent creation of new jobs in an economically disadvantaged region, IP matters. Whether in New Orleans or New Delhi, USPTO’s IP attachés ensure that U.S. stakeholders understand and have a voice in improving IP policies, laws, and regulations around the world.


Glad to see all these hard working people making a difference! Innovation is what drives any country to success. If innovation is allowed to flourish it will promote economic growth, help the people, help the whole country. Making sure IP's are protected and allowed to be properly developed and commercialized is a great initiative that needs to continue!