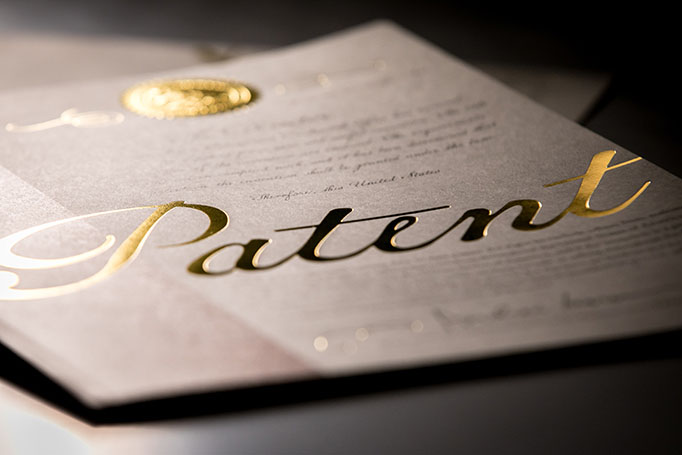 On June 19, the U.S. Patent and Trademark Office will issue patent number 10 million—a remarkable achievement for the United States of America and our agency. More than just a number, this patent represents one of ten million steps on a continuum of human accomplishment launched when our Founding Fathers provided for intellectual property protection in Article 1, Section 8, Clause 8 of our Constitution.

Appropriately, patent number 10 million will be the first issued with a new patent cover design, which we unveiled in March at South by Southwest in Austin, Texas. It was created by a team of USPTO graphic designers including Rick Heddlesten, Teresa Verigan, and led by Jeff Isaacs. Like the numerical milestone, the new cover design celebrates both how far we have come and the new frontiers we have yet to explore. 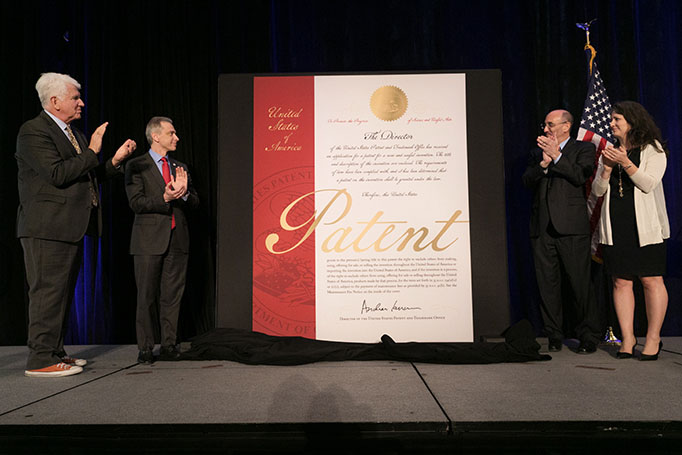 Left to right: Robert Metcalfe, inventor of Ethernet and a National Inventors Hall of Fame inductee; Andrei Iancu, Under Secretary of Commerce for Intellectual Property and Director of the USPTO; Drew Hirshfeld, USPTO Commissioner for Patents; and Susann Keohane, IBM Master Inventor and Global Research Leader for the Aging Initiative, unveil the new design for U.S. patents at the South by Southwest (SXSW) Interactive Festival in Austin, Texas. Photo by Jay Premack/USPTO

Each patent blooms from the creativity, brilliance, and determination that an inventor or a team of inventors have invested in order to bring an idea to fruition. In fulfilling our Constitutional mandate “to promote the progress of science and useful arts,” our nation has become the world's leader in innovation. Our strong IP system has delivered 10 million patents’ worth of innovation representing trillions of dollars added to the global economy.

Patent examiners and the entire USPTO have played a vital role in every single one of these patents. So, in marking this historic occasion, we also honor and salute the public service delivered by all employees of the U.S. Patent and Trademark Office now, and those of its predecessor agencies throughout our history. The work of this remarkable agency has been and continues to be critically important.

The future—the next ten million patents and beyond—is even more exciting. We stand on the cusp of truly historic times for science and technology. The USPTO is committed to encouraging and supporting future generations of inventors and entrepreneurs in communities across the nation who will lead us to ever higher achievements and development.

At this time in our nation’s history, we are proud to celebrate American innovation, the men and women who stand behind it, and the American intellectual property system which has helped fuel it all.