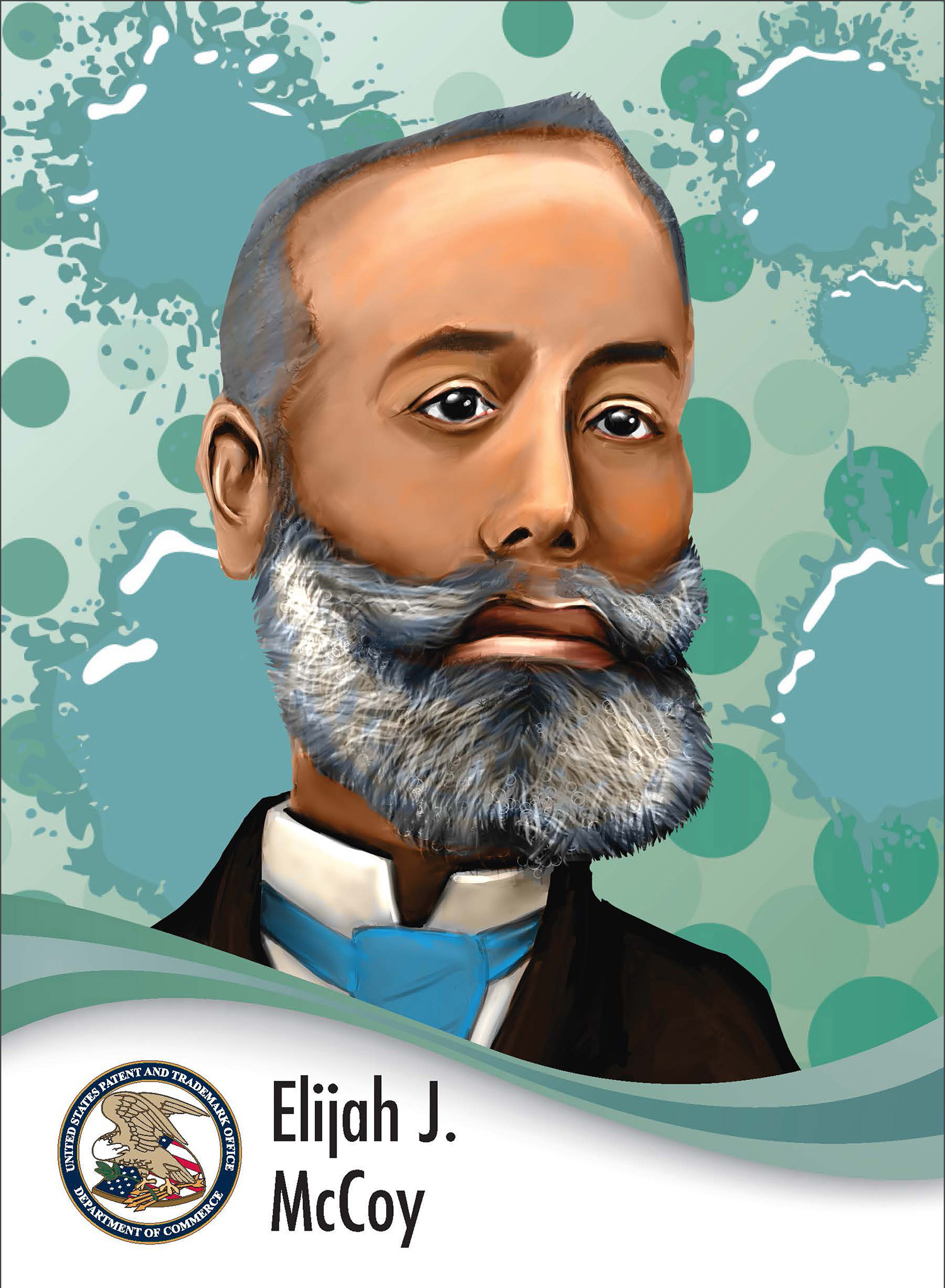 Elijah J. McCoy invented devices to automatically lubricate steam engines in locomotives, ships, and factory equipment. He received his first patent in 1873. Legend says his workmanship was so exceptional that companies would request "the real McCoy" as a way to distinguish his products from imitations. The first USPTO satellite office, located in Detroit, Michigan, is named after McCoy.