The National Medal of Technology and Innovation (NMTI) is the nation’s highest honor for technological achievement, bestowed by the president of the United States on America's leading innovators. There were 8 laureates in the 2007 class. 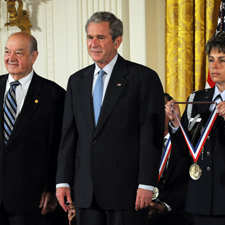 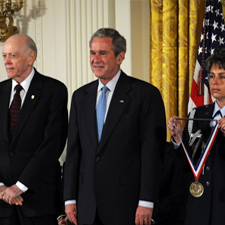 For the discovery of the enzymatic defects in hereditary metabolic disorders such as Gaucher disease, Niemann-Pick disease, Fabry disease and Tay-Sachs disease, devising widely used genetic counseling procedures and development of highly effective enzyme replacement therapy that provided the foundation for patient treatment; and for stimulating the creation of and fostering the success of many biotechnology companies that now produce the therapeutics for the treatment of these diseases. 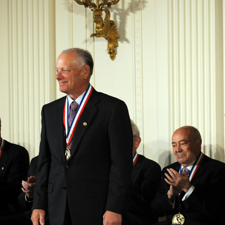 For having envisioned, designed and implemented world standards for real-time, personal and server-based operating systems for over 30 years, carrying these projects from conception through design, engineering and production for Digital Equipment Corporation’s RSX-11 and VAX/VMS and for Microsoft’s Windows NT-based computer operating systems, and for his fundamental contributions to computer architecture, compilers, operating systems and software engineering. 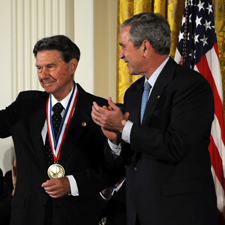 For leadership in the development of the economic relationship of quality costs, productivity improvement, and profitability and for his pioneering application of economics, general systems theory and technology, statistical methods and management principles that define the Total Quality Management approach for achieving performance excellence and global competitiveness. 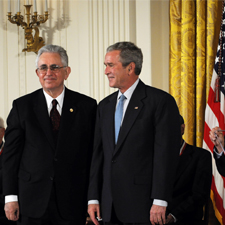 Adam Heller
The University of Texas at Austin 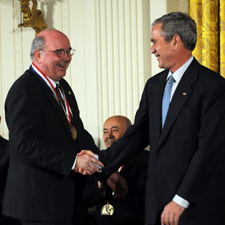 Carlton Grant Willson
The University of Texas at Austin

For creation of novel lithographic imaging materials and techniques that have enabled the manufacturing of smaller, faster and more efficient microelectronic components that better the quality of the lives of people worldwide and improve the competitiveness of the U.S. microelectronics industry. 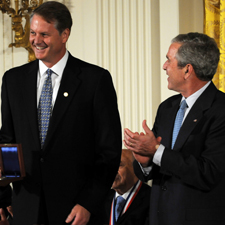 For pioneering the technology that encouraged and supported online trade, enabling global entrepreneurship and the growth of the Internet worldwide. 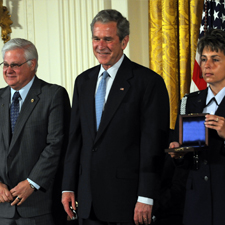 For an exceptional 65-year record of developing cutting-edge aircraft, technologies, and systems solutions for the U.S. Government, including development of unique advanced aircraft technologies critical to the national defense; and for the introduction of operational “stealth” capability that has changed the landscape of U.S. war fighting capabilities.