The National Medal of Technology and Innovation (NMTI) is the nation’s highest honor for technological achievement, bestowed by the president of the United States on America's leading innovators. There were 9 laureates in the 1993 class. 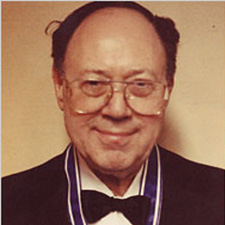 For his vision, inventiveness and perseverance in introducing technological
advances in telecommunications, particularly in switching, that have had a major impact on the evolution of the telecommunications industry in the U.S. and worldwide. 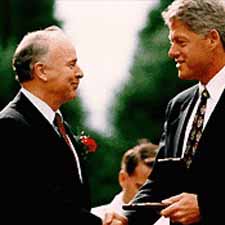 For his vision and entrepreneurial talents, along with his technology and business leadership, in creating and commercializing a process (UNIPOL) that revolutionized the production of plastics. 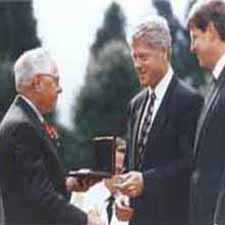 For his commercialization of various technologies through the establishment and development of over one hundred technology-based companies that employ tens of thousands of people and export over one billion dollars worldwide. 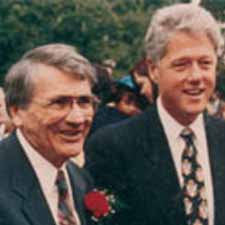 For their independent contribution to the discovery and commercialization of environmentally friendly herbicides to help ensure an abundant food supply for a growing world population. 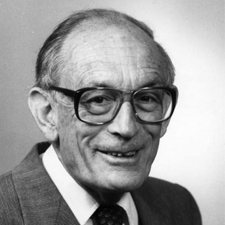 For his outstanding research contributions to the field of fluid mechanics and for his devotion for over 40 years to the education of the world's leaders in aeronautical engineering.

For his outstanding success in the development and processing of advanced high-temperature and high-performance materials, and the transfer of this technology to a variety of American industries. 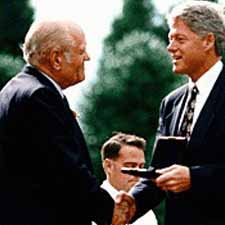 For his contributions to the development and use of computer technology; and for his entrepreneurial contribution to American business. 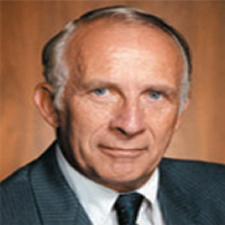 For his leadership in the development and commercialization of new medical imaging technologies and related manufacturing initiatives both of which have improved people's health and contributed to U.S. global leadership in a high-technology industry.