Intellectual Property and the U.S. Economy

Patents, trademarks, and copyrights are the principal means for establishing ownership rights to inventions and ideas, and provide a legal foundation by which intangible ideas and creations generate tangible benefits to businesses and employees. 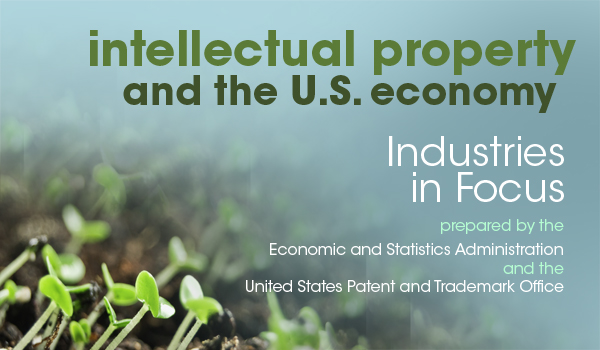 On September 26, 2016, the U.S. Commerce Department released a comprehensive report, “Intellectual Property and the U.S. Economy: 2016 Update,” which found that IP-intensive industries support at least 45 million U.S. jobs and contribute more than $6 trillion dollars to, or 38.2 percent of, U.S. gross domestic product (GDP). The report, a joint product of the Commerce Department's United States Patent and Trademark Office (USPTO) and Economics and Statistics Administration (ESA), serves as an update to the Intellectual Property and the U.S. Economy: Industries in Focus report released March 2012.

While IP is used in virtually every segment of the U.S. economy, the report identifies 81 industries that use patent, copyright, or trademark protections most extensively. These "IP-intensive industries" are found to be the source - directly or indirectly - of 45 million jobs, roughly 30 percent of all the jobs in this country. Some of the most IP-intensive industries include: software publishers, sound recording industries, audio and video equipment manufacturing, cable and other subscription programming, performing arts companies, and radio and television broadcasting. 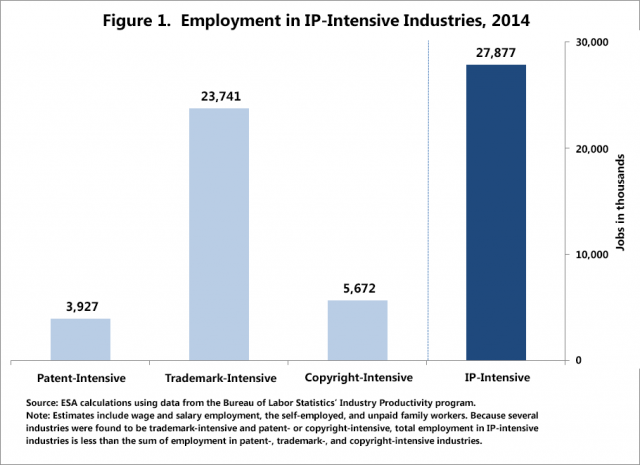