Update: Improving the Accuracy of the Trademark Register

The public counts on the accuracy and integrity of the U.S. Trademark Register when selecting and clearing new marks, so as to avoid conflicts with already registered marks. Registered trademarks that are not actually in use in commerce unnecessarily block someone else from the Register. Based on analysis of the results of the Post Registration Proof of Use Pilot, Trademarks found that more than half of registrations being maintained include at least some goods or services for which the registered mark is not actually being used. In the wake of these findings, the USPTO has been exploring ways to improve the state of the Trademark Register. Some changes have already been made, as Commissioner for Trademarks Mary Boney Denison described in her blog post last year. The Trademark Trial and Appeal Board (TTAB) is considering revision of its rules to allow a party to seek cancellation of registrations for marks no longer in use or that never were in use, through streamlined proceedings.

These new streamlined cancellation proceedings would facilitate challenges to registrations for unused marks by those who believe that the mark’s continuing presence on the Register will damage them in some way, often because it is blocking the challenger’s attempt to register the same or a similar mark. A party seeking to “clear” a mark for use and registration who encounters a registered mark that presents a potential likelihood of confusion may investigate and find that the registered mark seems not to be in use in commerce. Instead of commencing a full cancellation proceeding, the party could initiate a streamlined proceeding and, by providing evidence of nonuse, quickly and efficiently clear the blocking mark from the Trademark Register. Unlike a full proceeding in which a challenger must bring all available claims or run the risk of being barred from raising them in the future, the challenger may focus solely on claims of nonuse or abandonment, without endangering its option to bring other claims in the future. 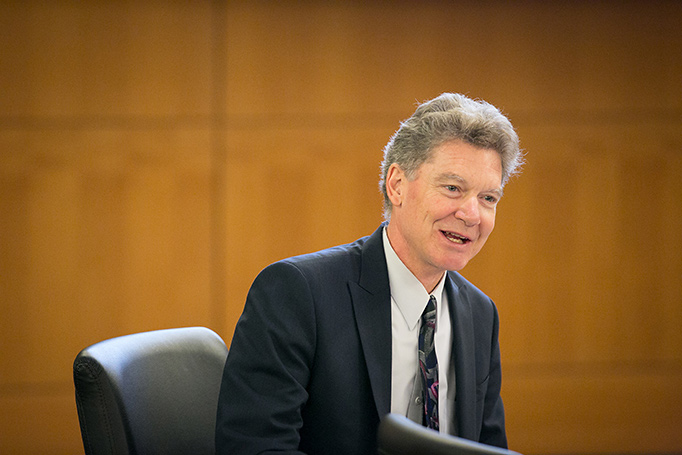 Specifically, the grounds a party could assert would be limited to: (1) abandonment of one or more goods/services (nonuse plus intention not to resume use); or (2) no use for one or more of the goods/services prior to the relevant date of an allegation of use Counterclaims by the registrant would not be permitted.  Procedures that would facilitate speed and efficiency of these proceedings could include: requiring the challenger to submit evidence sufficient to support its grounds at the time of filing the petition, and the registrant to submit proof of use of the mark with its answer; limiting discovery to the challenger’s standing if it would prove dispositive; and an abbreviated schedule with no oral hearing.  The TTAB would commit to determination of the cases within an expedited timeframe, potentially 70 days from commencement (in cases of default by the registrant) to approximately 170 days from commencement for cases decided on the merits. The cases also could be less expensive, with lower fees and legal costs, due to the relative simplicity of the proceedings.

To obtain preliminary feedback on whether streamlined proceedings would be useful and how they should be structured, on May 16, 2017, the USPTO published a request for comments in the Federal Register (82 Fed. Reg. 22517). A variety of stakeholders and customers responded with comments. The USPTO received valuable feedback on the potential effectiveness of the proceedings overall, as well as on specific issues such as safeguards against potential abuse, timing and deadlines, the appropriate fee amount, procedural points, standing, the burdens of production and proof, the use requirement, and the preclusive effect of Streamlined Proceedings.

After the comment period closed, stakeholders gathered for a public meeting on September 25, 2017, where the USPTO reported on the comments and attendees engaged in a lively discussion about various aspects of the Streamlined Proceedings. The conversation addressed some discussion questions posted on the USPTO website.

As indicated at the public meeting, the USPTO continues to welcome additional input on the discussion questions and other issues related to streamlined proceedings. Written comments may be submitted via TTABFRNotices@uspto.gov. The success of this type of initiative depends heavily on members of the public, sharing their insights and experience. These contributions allow the USPTO to better understand the participants’ perspectives in weighing the costs and benefits of Streamlined Proceedings. Should the USPTO move forward with Streamlined Proceedings, the next step would be issuance of a notice of proposed rulemaking to set out the specific rule changes needed to implement streamlined proceedings. The USPTO looks forward to continued engagement on this important initiative.