Blog about the USPTO from the Department of Commerce

Earlier this year, the National Inventors Hall of Fame, in partnership with the U.S. Patent and Trademark Office (USPTO), announced the 2018 class of inductees.

These visionary innovators each patented inventions that revolutionized their industries and changed people’s lives. Of the fifteen new inductees, five will be honored posthumously. 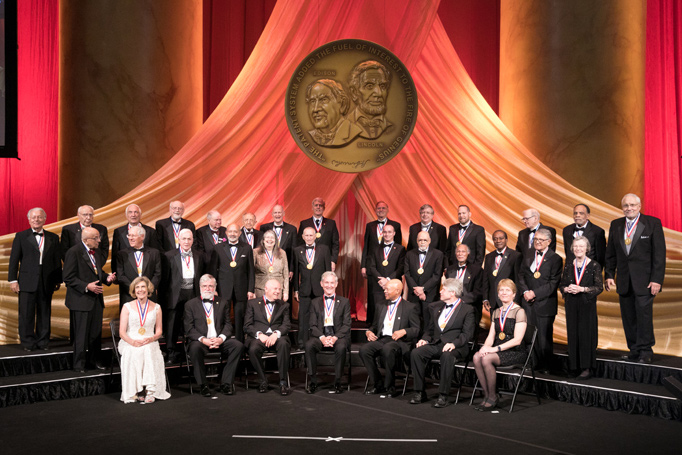 This year’s class of inductees includes:

Be inspired by watching this short National Inventors Hall of Fame video on the 2018 inductees.

Strengthening intellectual property (IP) protection is one of the strategic objectives of the Department of Commerce’s 2018–2022 Strategic Plan. A strong, high-quality and balanced patent system ensures that innovators and creators can be rewarded for their inventions – helping create jobs and grow the economy.