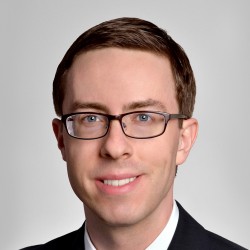 As the Acting Regional Director of the United States Patent and Trademark Office (USPTO) Silicon Valley Regional Office, Steve Koziol carries out the strategic direction of the Under Secretary of Commerce for Intellectual Property and Director of the USPTO and is responsible for leading the USPTO's West Coast regional office in Silicon Valley. Focusing on the region and actively engaging with the community, Mr. Koziol ensures the USPTO’s initiatives and programs are tailored to the region's unique ecosystem of industries and stakeholders.

While at the USPTO, Mr. Koziol has led or contributed to numerous projects impacting patent operations, including the AIA Post Grant Outcomes program, AIA First Inventor to File implementation, AIPLA Partnering in Patents, and patent operations cost and fee modeling. As a supervisory patent examiner, he has managed teams of patent examiners in the computer graphics and digital imaging fields. He has received two distinct Department of Commerce Bronze Medal Awards.