US - KIPO Agreement on International Search and Examination Services 21DEC2005 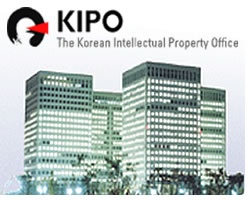 The USPTO receives over 350,000 patent applications per year. If PCT applicants take advantage of the availability of KIPO to perform international searches and examinations, the USPTO can dedicate more resources to reducing the backlog of pending national applications, with the goal of increasing productivity and quality.

The PCT is an international agreement that simplifies the filing of patent applications in its 128 member states. A PCT application may be used as a national application for a patent in any of the designated PCT countries. International applicants request PCT search and examination reports to help them determine if an application meets basic patent criteria before committing to the high cost of translating and filing an application in one or more PCT countries. The USPTO and KIPO are among the national patent offices authorized to conduct PCT searches and examinations.