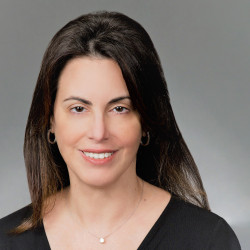 Ms. Critharis first joined the USPTO as a patent examiner in 1992 before progressing to Assistant Solicitor in 2000. From 2001 to 2002, she served as Counsel to the United States Senate Judiciary Committee before returning to the USPTO as Attorney Advisor (2002-2004) and Senior Patent Counsel (2004-2011). Most recently, Ms. Critharis served as Deputy Chief Policy Officer and Senior Counsel.

Ms. Critharis has lectured worldwide on a variety of industrial property issues, focusing on patenting emerging technologies.  She is the recipient of the 2008 Presidential Rank Award of Meritorious Senior Professional for her demonstrated leadership in advancing the intellectual property interests of American enterprises in the global economy.