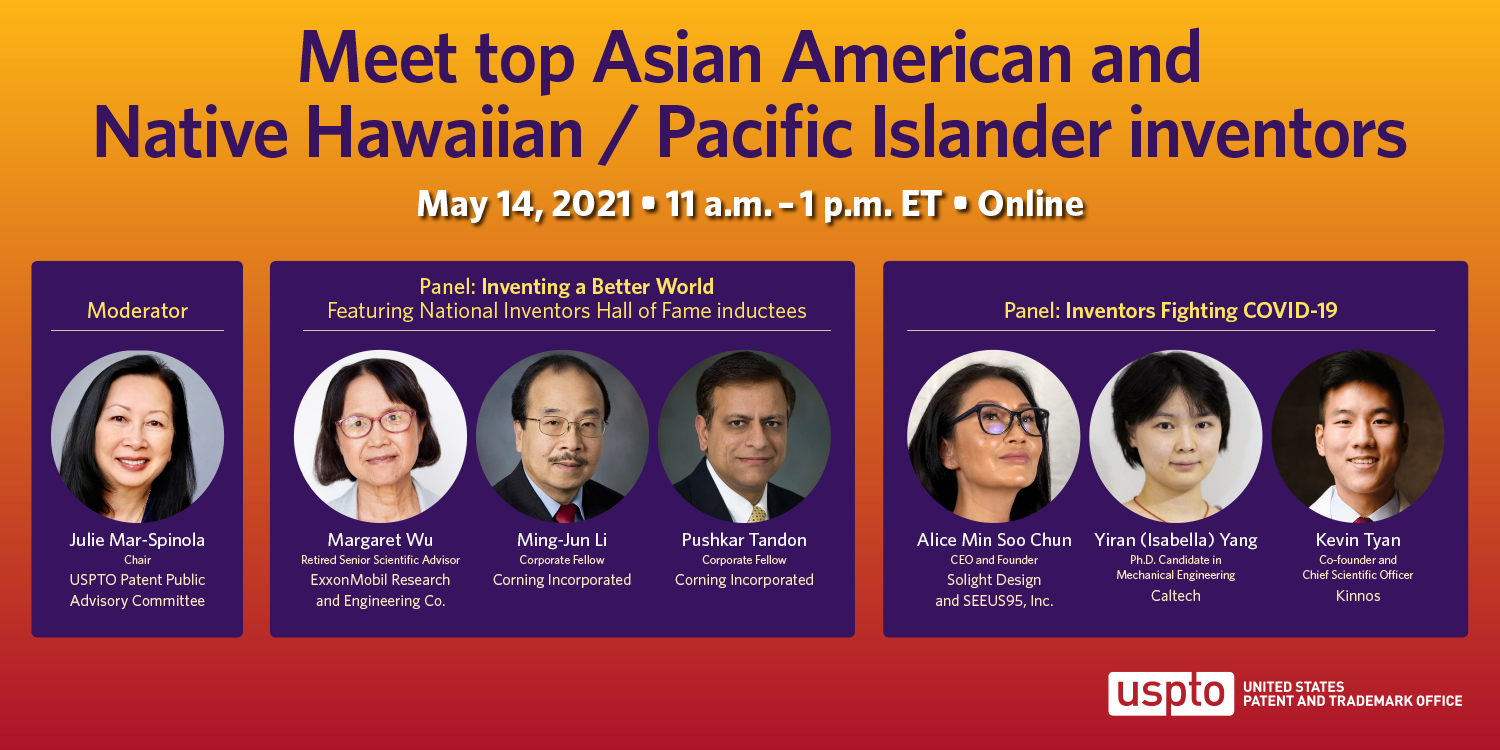 Ms. Mar-Spinola is the Chief IP Officer and Vice President of Legal Operations for Finjan Holdings LLC. She oversees the company’s revenue-based and legal operations, including the company’s IP and cyber technology innovations, enforcement programs, best practices, public policy initiatives, and mentorships. She has dedicated nearly her entire career to intellectual property law, emphasizing patents, technology, policy, and mentorship in these areas for the next generations of IP professionals. Before Finjan, Ms. Mar-Spinola successfully served as outside counsel, General Counsel, or Vice President of Legal to several Silicon Valley companies. She was mentored by some of the most prolific tech visionaries and entrepreneurs in the Valley.

She is a founder of the renowned women’s organization, ChIPs, a global 501(c)(3) nonprofit corporation dedicated to advancing women at the confluence of law, technology, and regulatory policy, and she served as Chairwoman from 2005 to 2015. Ms. Mar-Spinola serves as a court-appointed mediator for the U.S. District Court for the Northern District of California, specializing in complex patent disputes. She also serves on Santa Clara University School of Law’s High Tech Advisory Board.

In 2015, Ms. Mar-Spinola was appointed by then U.S. Secretary of Commerce Penny Pritzker to serve on the Patent Public Advisory Committee (PPAC), which reviews and advises the Director of the USPTO on the policies, goals, performance, budget, and user fees of the agency’s operations. In 2019, Andrei Iancu, Under Secretary of Commerce for Intellectual Property and Director of the USPTO, appointed her to serve as the Chair of PPAC for the 2020 – 2021 term.

Ms. Mar-Spinola received a Bachelor’s degree in Chemistry from San Jose State University and a J.D. from Santa Clara University, School of Law. She is a member of the California State Bar, the Federal Circuit Bar, the U.S. Supreme Court Bar, and a licensed Patent Attorney.

Ms. Mar-Spinola is currently serving her second term as a PPAC member.

Dr. Margaret Wu, a National Inventor Hall of Fame inductee, a member of National Academy of Engineering, and author of more than 100 issued U.S. patents, was born and raised in Taiwan.  She came to the U.S. in 1971 and earned her Ph.D. in chemistry at University of Rochester, Rochester, NY.  After graduating, she worked as an industrial research chemist with ExxonMobil Research and Engineering Co. until her retirement in 2017.

Dr. Wu is the inventor of a new class of molecules for use as synthetic lubricant base stock, which was commercialized successfully and used in many consumer and industrial lubricants. These lubricants contribute to better machine protection, energy efficiency, and reduced waste oil.  They have a positive impact on society by reducing waste, lowering emissions and conserving energy. They also have significant business impact.

Throughout her career, Dr. Wu has received numerous internal and external awards.  Prior to her retirement, she held the title of Senior Scientific Advisor, the highest technical position at her company.

Dr. Li received the 1988 French National Prize on Guided-wave Optics and Corning’s 2005 Stookey Award. He was a member of teams who won the 1999 R&D 100 Award for LEAF® fiber, 2008 R&D 100 Award for ClearCurve® fiber, 2008 ACS Northeast Regional Industrial Innovation Award, Corning’s 2016 Outstanding External Publication Award, and the 2017 ACS Heroes of Chemistry Award. He was in the 2020 class of Inductees of the National Inventors Hall of Fame for ClearCurve bend-insensitive optical fiber in 2020.

He is a member of the National Academy of Engineering, a Fellow of the IEEE society, and a Fellow of the Optical Society of America. He holds 239 U.S. patents and has published six book chapters and over 300 papers in journals and for conferences. He has served as Associate Editor and Coordinating Committee Member, and Deputy Editor for the Journal of Lightwave Technology. He has also served as a guest editor for several special issues and as committee chair or member for many international conferences.

Pushkar Tandon joined Corning Incorporated in 1998 and is currently a Corporate Fellow within Corning Research and Development Corporation. He received his B. Tech in Chemical Engineering from Indian Institute of Technology, Delhi (India) in 1990 and earned his Ph.D., also in chemical engineering, from Yale University in 1995. His post-doctoral research was at the Institute of Medicine and Engineering at the University of Pennsylvania.

Dr. Tandon is widely recognized for being a pioneering innovator and developer of numerous products and processes that have been successfully commercialized in several Corning businesses. These include optical fibers, optical fiber cables, optical fiber connectors, diesel particulate filters/substrates used in vehicle after-treatment systems, and specialty glasses for UV lithography. He is a named inventor on over 155 issued U.S. patents with an additional 80 patent applications pending with the U.S. Patent and Trademark Office.

He is the author of over 50 archival publications and 40 conference presentations. His work has resulted in products that have received a number of industry awards, including Time Magazine’s Best Inventions of the Year, IEEE Corporate Innovation Award, and the Indian Automotive Technology & Innovation Award. He serves as a reviewer for more than twenty leading journals in the area of chemical and glass/ceramic sciences.

As a Professor in Architecture and Material Technology at Columbia University, Alice created early prototypes of solar lights with her students. Still not satisfied, and fueled by her passion for helping the underserved, Alice invented the world’s only self-inflatable, portable solar light, eliminating the need for a mouth nozzle. This ensured a healthy, sanitary method for inflating. Alice named this invention the SolarPuff™ and conducted three years of field testing in Haiti. In 2015 she launched Solight Design and initiated a KickStarter program with unprecedented results.

Most recently, as a result of the COVID-19 pandemic, Alice saw firsthand how current market-leading PPE masks were harming the environment and irritating wearers’ faces. With the unprecedented need for innovation, she invented the first self-attaching transparent N95 mask, called SEEUS95.

She has won numerous awards, including the U.S. Patents for Humanity Award, and her products have been exhibited at MOMA, the Modern Museum of Art in New York City. In 2019, she was featured in Hillary Clinton’s “The Book of Gutsy Women.”

She was named in Forbes’ 30 Under 30 in Science in 2021, and she has received a Baxter Young Investigator Award and CESAC scholarship. In her leisure time, she is a photography hobbyist and amateur ceramist.

Kevin Tyan is the Co-Founder and Chief Scientific Officer of Kinnos. He graduated with honors in biology from  Columbia University and is currently pursuing a joint MD/MBA degree at Harvard Medical School and Harvard Business School. Kevin has extensive research experience at the National Institutes of Health, MedImmune-AstraZeneca, Columbia University Medical Center, and Dana-Farber Cancer Institute, and he has published peer-reviewed research on infection control and prevention, microbiology, and cancer immunotherapy.

Kevin was featured as a TEDMED speaker and Hive Innovator and was awarded the Grand Prize in Harvard’s President’s Innovation Challenge.