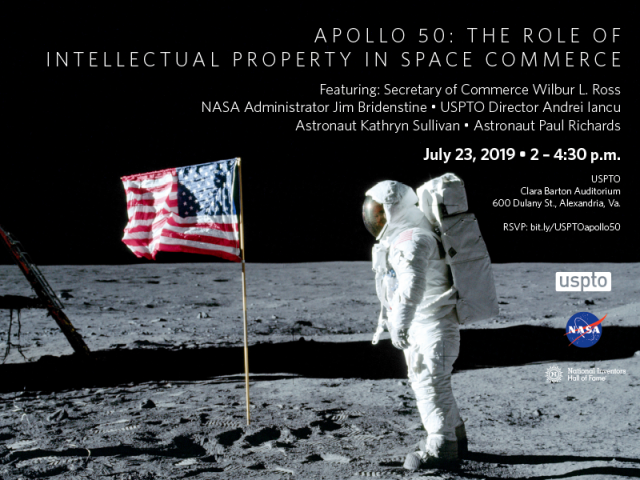 To commemorate the 50th anniversary of the moon landing, the USPTO will host an event focused on space innovation, technology transfer from the Apollo missions, and an overview of the current administration’s policy on space exploration and space commerce.

The public is also invited to view the National Inventors Hall of Fame® Museum's special exhibit honoring NASA’s Apollo 11 moon mission, featuring NIHF inductees and the impact their innovations have had on our nation’s space flight and exploration efforts.

This event is sold out. Overflow viewing is available in the upper atrium at USPTO headquarters in Alexandria, Virginia. There will also be a live broadcast of the event on Facebook Live.