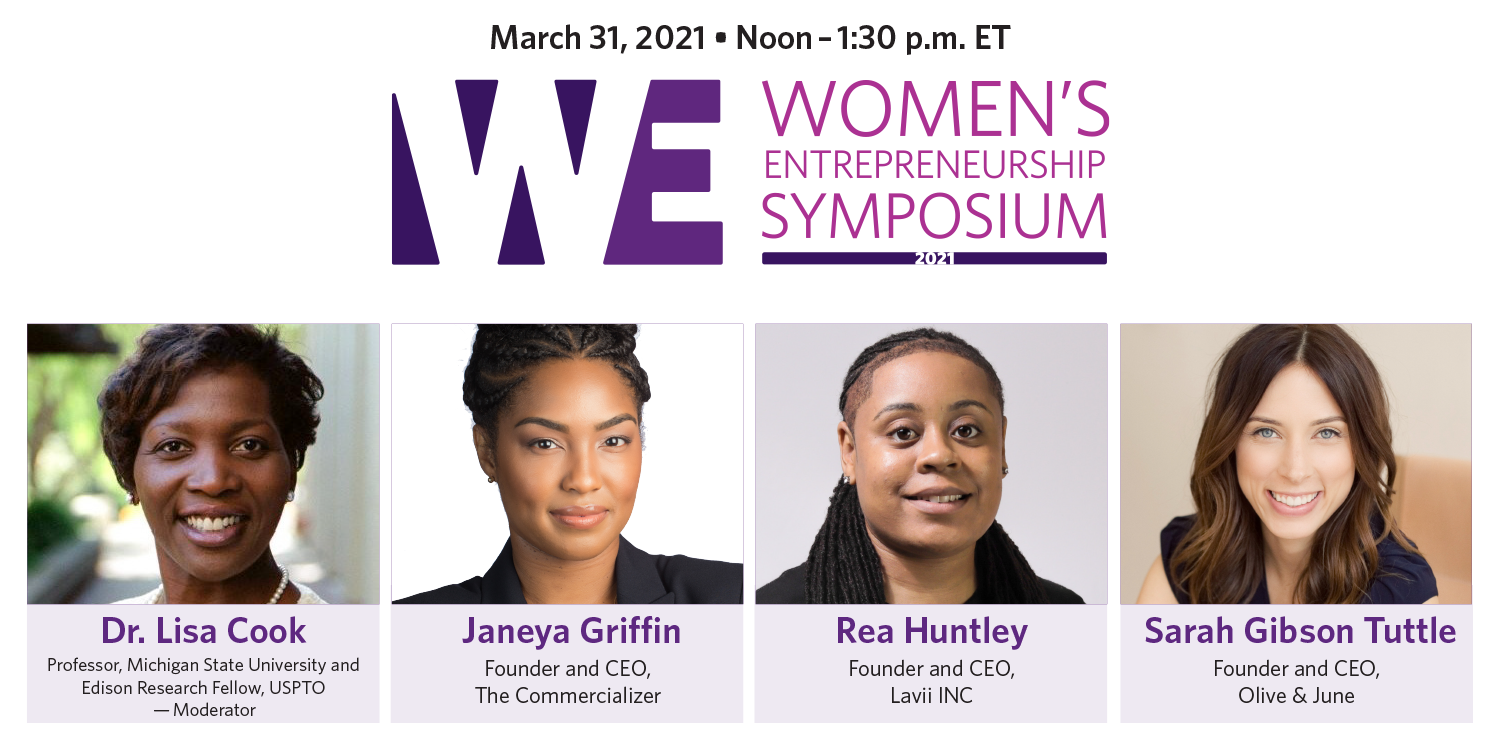 Drew Hirshfeld is performing the functions and duties of the Under Secretary of Commerce for Intellectual Property and Director of the United States Patent and Trademark Office (USPTO).

Hirshfeld's permanent role is Commissioner for Patents, where he manages and leads the Patents organization as its chief operating officer. He is responsible for managing and directing all aspects of the organization that affect administration of patent operations, examination policy, patent quality management, international patent cooperation, resources and planning, and budget administration.

During his time as Commissioner, Hirshfeld has led the Patents business unit by emphasizing both transparency and collaboration. He has managed efforts to ensure the consistency and reliability of patent grants. Mr. Hirshfeld has further played a lead role to ensure that the examining corps is provided with updated examination guidance and training.

Hirshfeld received a Bachelor of Science from the University of Vermont and a J.D. from Western New England College School of Law.

Dr. Lisa D. Cook is a Professor in the Department of Economics and in International Relations at Michigan State University. As the first Marshall Scholar from Spelman College, she received a second B.A. from Oxford University in philosophy, politics, and economics, and she earned a Ph.D. in economics from the University of California, Berkeley. Among her current research interests are economic growth and development, financial institutions and markets, innovation, and economic history. She was a National Fellow at Stanford University and served in the White House as a Senior Economist at the Council of Economic Advisers under President Obama. She served as President of the National Economic Association and currently serves as Director of the American Economic Association (AEA) Summer Training Program. She is a Research Associate of the National Bureau of Economic Research and a Sigma Xi Distinguished Lecturer. In 2019, she was elected to serve on the Executive Committee of the AEA.

Cook is on the Board of Editors of the Journal of Economic Literature, and her publications have appeared in other peer-reviewed journals, including the American Economic Review, the Journal of Economic Growth, Explorations in Economic History, and the Business History Review, as well as in a number of books. Her research has been funded by the National Science Foundation, the Economic History Association, and Harvard Business School, among others.

She is a member of the Council of Foreign Relations, the Advisory Board of the Opportunity and Inclusive Growth Institute of the Federal Reserve Bank of Minneapolis, the Advisory Board of the Lemelson Center for the Study of Invention and Innovation at the Smithsonian Institution, and the Board of Directors of the Roosevelt Institute. She received the Founder’s Prize for best paper in Social Science History in 2018 and the Impactful Mentor Award for mentoring graduate students from the AEA Mentoring Pipeline program in 2019.

Prior to this academic appointment and while on faculty at Harvard University’s Kennedy School of Government, Cook was Deputy Director for Africa Research and Programs at the Center for International Development at Harvard University, was Managing Editor of the Harvard University-World Economic Forum Africa Competitiveness Report, and contributed to the Making Markets Work program at Harvard Business School. With fellow economist and co-author Jeffrey Sachs, she advised the governments of Nigeria and Rwanda, and, as a Council on Foreign Relations International Affairs Fellow, was Senior Adviser on Finance and Development at the Treasury Department from 2000 to 2001. From November 2008 to January 2009, Cook was on the Obama Presidential Transition Team and led the review of the World Bank and International Affairs Division of the Treasury Department.

Founder and CEO, The Commercializer

Janeya Griffin, The Commercializer®, is a strategy consultant, serial and social entrepreneur, and an advocate for technology, ownership, inclusive innovation, social justice, intellectual property, and generational wealth, specifically within underserved communities. She is an HBCU STEM graduate, member of Delta Sigma Theta Sorority, Inc., and the daughter of two formerly incarcerated individuals. At the young age of 16, she and her younger brother of six were introduced into the world of what it meant to experience hardship, not knowing it would be a catalyst for helping her fulfill her purpose.

Fourteen years, two degrees (criminal justice and chemistry), a certificate (entrepreneurial technology commercialization), and a contracting job with NASA later, Griffin’s passion for problem solving and establishing connections would turn her into a Lead Technology Transfer Specialist Contractor and an Executive Board Member for federal labs all over the country. There she created an ad hoc committee focused on increasing minority-owned business engagement with federal labs and their technology transfer offices. She recently founded a consulting startup called The Commercializer®, LLC, a strategic firm that actualizes independent inventors’ and institutions’ intellectual assets and commercializes entrepreneurs inventions.

In addition, she is Co-founder and Chief Strategy Officer of ConCreates, a creative agency powered by the incarcerated and formerly incarcerated. ConCreates’ mission is to change the stigma and narrative behind how society views people with criminal histories and how people with criminal histories view themselves. In this role, alongside her team, she is able to provide positioning strategies for authentic insights and creative campaigns. Most recently, she became the Policy Chair and a Board Member of 600 & Rising, where she's tackling systemic oppression and racism within the ad industry.

During her spare time, she is a member of California State Polytechnic University Pomona’s iLab’s advisory board as well as an adjunct instructor for the National Science Foundation’s I-Corps site located at Cal Poly Pomona. In 2018, she was also an adjunct instructor for California State University San Bernardino’s California Advanced Supply Chain Analysis and Diversification Effort (CASCADE) Entrepreneurial Professional Course on behalf of the Inland Empire Center for Entrepreneurship at Cerro Coso Community College.

Within the past two years, she has participated in over 20 speaking engagements, many to communities of color within the tech and innovation space, including being a guest lecturer at University of Southern California’s Marshall School of Business’s Graduate Tech Commercialization course.

Rea Huntley was raised in Prince George's County, Maryland, majored in computer electronics and engineering, and has over 12 years of professional information technology (IT) experience. Her passion for IT began when, as a young kid, as she would disassemble household electronics to see how the components were wired and reassemble them to see if she could get them to work again. With her vision for the future and knowledge of what she wanted to do with her career, she started working within the IT field at the age of 19. At the age of 25, she started her own IT consulting company, which provided services for federal government agencies. Huntley has been able to master a variety of technologies throughout her career, but she chose to develop expertise within one; at the age of 28, she earned one of Cisco Systems’ highest-level networking certifications, Cisco Certified Internetwork Expert (CCIE).

With the challenges that come with being a young woman within a male-dominated industry, Huntley continues to persevere to achieve her goals. In June of 2019, she decided to branch off and try something different by launching her first tech startup, Lavii. As the company's Founder and CEO, she has led Lavii though beta testing, product launch, securing clients, and building strategic partnerships. Huntley plans and executes strategic business operations, technology, and future expansions. Her dedication, passion, and work ethic have allowed her to quickly bring the business to where it is now.

Sarah Gibson Tuttle is the Founder and CEO of Olive & June. Before opening her Beverly Hills flagship nail salon in August 2013, she worked for ten years as an equity sales trader at JP Morgan & Morgan Stanley in New York City.

It was the sunshine and quality of life that wooed her out west. When she arrived, she realized Los Angeles had everything she wanted except for the perfect nail salon. Seeing the opportunity to create a stylish space where women could expect and enjoy expert nail care on a regular basis, Sarah opened Olive & June and raised the bar for the nail salon experience across the industry.

Six years later, Tuttle decided it was time to bring the mani magic home. In 2018, she launched a line of Nail Art Stickers inspired by the most requested designs from the salons so that manicure obsessees everywhere could be a part of Olive & June. Then, in March 2019, after spending a year teaching herself to paint her own nails, Tuttle introduced a collection of truly innovative new products, polishes, tools, and how-tos, making it possible to achieve a salon-quality manicure at home. Olive & June believes that no matter who you are, where you live, what you do, or what you wear, you can have a perfect manicure that makes you feel like your best self.

Tuttle lives in Los Angeles with her husband and young daughter (who already loves manis almost as much as she does).