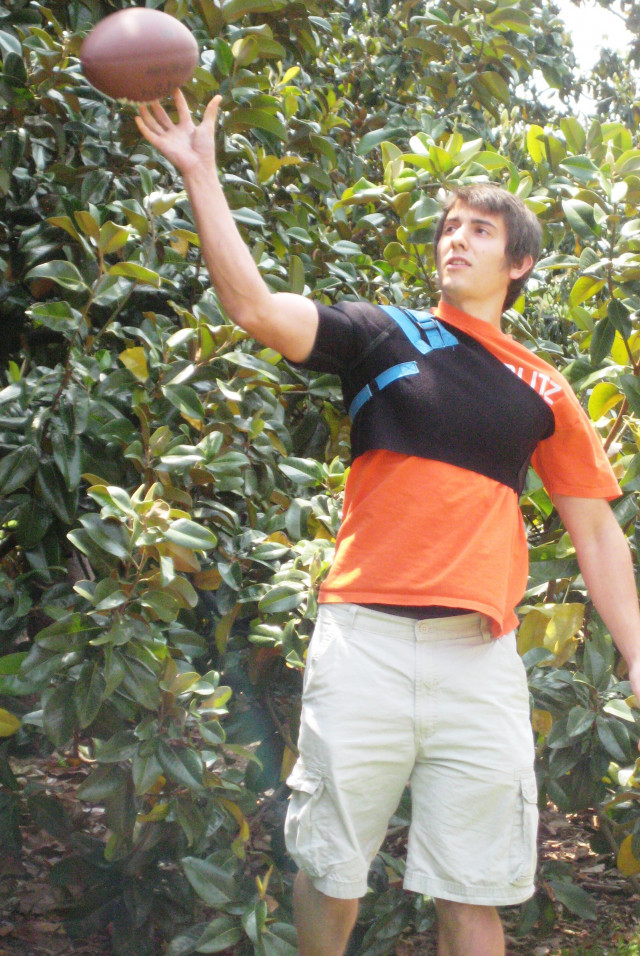 What made two recent Clemson University graduates take on the daunting task of bringing their patent-pending shoulder brace to the market? Beaming with enthusiasm, Chelsea Ex-Lubeskie said, "We're young, passionate about our business, and we have energy!"

For Chelsea, who received a master's in bioengineering, and Riley Csernica, who received both a master's in bioengineering and an MBA in entrepreneurial innovation, getting an early start on their entrepreneurial venture proved advantageous. "We don't have mortgages, families to care for, or huge financial burdens," added Riley. "We feel as if there is no better time than now to pursue an endeavor like this."

Amid a recovering but still tepid economy, Chelsea and Riley's story demonstrates how enthusiasm and an innovative idea can create opportunities and potentially change lives.

As undergraduate students working together on their senior project at Clemson, Chelsea and Riley were required to create a functional product prototype and use it to conduct market research and analyses related to patent activity, budgeting, manufacturing, and quality systems. They teamed up with two other students-Kaitlin Grove and Meredith Donaldson-and the orthotics and prosthetics division at Greenville Hospital in South Carolina to develop a viable medical device.

Under the supervision of Professor John Desjardins and sports physical therapist Chuck Thigpen, the team uncovered a significant demand for a new kind of shoulder brace, one that aids injured athletes returning to their sport without surgery. The invention reduces the risk of secondary shoulder dislocations while allowing high performance levels during physically demanding sports activities. According to data the women collected, secondary dislocations are a recurring problem, reported 71,000 times per year in athletes whose shoulder sockets may be weakened from a primary dislocation.

"Among these groups are many individuals who experience shoulder instability, which can result in chronic secondary dislocations," Riley said. "This causes fear about when the shoulder will come out next, extreme pain when it does, restrictions in motion, unusual shoulder positions, and unusual sliding sensations."

The new shoulder brace provides comfortable compressive support and protection at precise locations, helping to prevent dislocation without sacrificing range mobility in the shoulder joint. By the end of their senior year, the student team had won an inter-departmental design competition judged by a panel of surgeons and doctors at the Greenville Hospital.

At Clemson, as at most universities, intellectual property created by students during coursework is owned by the university. In the wake of the brace's early success, the Clemson University Research Foundation saw the potential and filed a provisional patent application with the U.S. Patent and Trademark Office. More recently, the university approved filing a nonprovisional utility patent application for the brace and it will negotiate an exclusive option agreement with Chelsea and Riley. An anticipated exclusive licensing agreement will ensure all five inventors-which includes Kaitlin Grove, Meredith Donaldson, and Chuck Thigpen in addition to Chelsea and Riley-full protection and rights over the invention.

While Kaitlin and Meredith decided to pursue other interests after graduating, Chelsea and Riley are currently working to identify key suppliers for materials, as well as manufacturers who produce on a small-scale. "The whole process has been a huge learning experience for both of us," said Chelsea. "There are just so many considerations to keep in mind when starting a business. Riley and I could have stopped at the first stage, but we both share a very strong passion for this technology and this business."

To date, Chelsea and Riley have competed and received placement awards in six design and business pitch competitions, including the 2012 Collegiate Inventors Competition (CIC). "Everything changed after our success in the CIC competition," Riley said. "We realized how well-received our invention would be and the real market need for our product." Since competing in the CIC, Chelsea and Riley have won competitions for grant money from the National Science Foundation Innovation Corps program as well as the Clemson South Carolina LaunchPad business pitch competition, helping them take the next steps to commercialize their shoulder brace.

Determination has carried them to this point, and they show no sign of stopping. "We have had a mixture of successes and setbacks," said Chelsea, "but through our perseverance in competitions and networking we have managed to come out with lessons learned that have helped us succeed in the long run."

What started as a final project in a senior design class quickly escalated into a springboard for a startup small business. Incorporated in South Carolina on May 28, 2013, Chelsea and Riley named their company Tarian Orthotics LLC. "The name comes from a Welsh word for shield," Riley explained. "It complements the protective nature of the invention and the pliable mold that is incorporated into the brace right above the shoulder."

Born and raised in South Carolina, both Chelsea and Riley have every intention of fostering their business and gathering employees from within the state. "There is a rapidly growing tight-knit entrepreneurial community in South Carolina," Chelsea said. "In addition, new investor-friendly legislation has just recently been passed here." In August 2013, Chelsea and Riley will set up shop and devote their full-time efforts to move their technology to market in Charleston, S.C.

Riley offered final emphasis for their vision: "We both see an enormous potential for this device to penetrate the market and to be the new go-to brace. We feel we can make this business successful." 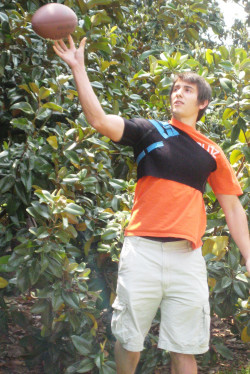 Spark of Genius
Innovation by Location: Clemson Grads Endeavor to Bring New Brace to Market
What made two recent Clemson University graduates take on the daunting task of bringing their patent

Network
Organizations for Inventors
Below is a list of independent inventor groups across the United States. Many groups keep up-to-date

Featured
Making Innovation Fun and Faire
Do you consider yourself a creator, inventor, tinkerer, or crafter? Do you enjoy learning about new

Featured
SelectUSA Opens Doors to the World
President Obama launched SelectUSA in 2011 as the first-ever U.S. government-wide initiative to
Have a comment about the web page you were viewing?