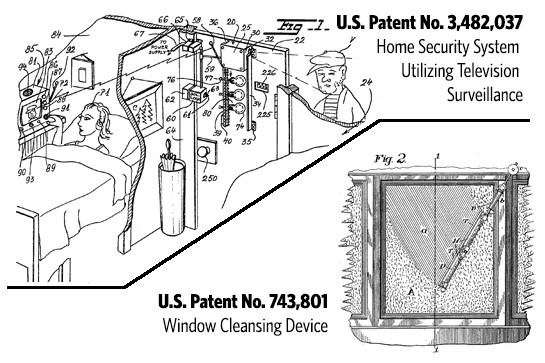 While we celebrate Women’s History Month in March, the influence of women inventors is felt year-round through innovations that save lives, give us a sense of safety and security, and assist us with meeting our physiological needs. Inventors Eye takes a look at the past and present to salute the many women inventors whose groundbreaking creations have contributed to our well-being.

The same April showers that bring beautiful May flowers can also impair driver visibility. Thanks to Mary Anderson’s invention of the mechanical windshield wiper, patented on November 10, 1903, we are safer when riding in a vehicle during rainy or snowy weather. In the early 20 century, horse-drawn carriages were the typical means for transportation. Few people owned cars and for those that did traveled at such slow speeds that a glass windshield was not needed to protect the driver or passengers.

At the time of Anderson’s invention, many people did not see the value of having windshield wipers, but she anticipated what would become an absolute necessity. Can you imagine driving a car that didn’t have windshield wipers while it’s raining or snowing? Having to make frequent stops, while driving in inclement weather, to get out and manually clean a windshield would be unthinkable to many, if not all, of today’s drivers.

During the spring and summer months, many people will leave their homes to take much-deserved vacations. It’s a time to relax, have fun, and enjoy the company of friends and family.

No one wants to end their vacation with the news that their home has been broken into. While today’s advanced home security systems give vacationers peace of mind by allowing them to monitor their homes remotely, in the 1960s the idea for a home surveillance device seemed almost impossible.

In 1966, Marie Van Brittan Brown was concerned for her safety as her neighborhood’s crime rate increased. She decided to take matters into her own hands in order to feel safe again. Brown invented an early closed-circuit television system to be used for home monitoring that included a video scanning device and audio equipment. The security system also included a remote door unlocking mechanism. Brown’s invention was the forerunner of all advanced home security technology in use today.

As the number of daylight hours increases and the outdoor temperature rises, we are afforded more opportunities to enjoy outdoor activities. Did you know that the same Kevlar that is used in lifesaving bulletproof armor for law enforcement officers and military service members is also used to help keep us safe and protected while we’re out having fun in the sun?

In 1965 Stephanie Kwolek, while working as a chemist at the DuPont Company, carried out experiments to develop light, strong, and stiff fibers to replace the steel wires used in car tires. Engineers thought that a lighter tire would improve gas mileage. Through these experiments, Kwolek discovered Kevlar, a polymer fiber of exceptional strength, five times stronger than an equal weight of steel but lighter than fiberglass and able to withstand high temperatures. In addition to improving tire manufacturing, Kevlar has gone on to be used in more than 200 applications, appearing in products ranging from canoes and racing sails to athletic gear and heat-resistant cooking gloves.

The next time you are outdoors having fun, Kevlar may very well be keeping you safe and protected.

The best time to buy fresh fruits and vegetables is in season, when they are at their highest quality and most affordable. The spring season brings a variety of fruits and vegetables that are not only delicious but also good additions to a healthy diet. The local grocery store or farmers market may offer tasty asparagus, rhubarb, strawberries, and more, but the hard truth is that bacteria may cause your fresh produce to go bad before you have a chance to enjoy it. Often, we end up throwing spoiled food away.

Kavita Shukla’s invention, FRESHPAPERTM, is a sheet of paper embedded with natural botanicals to preserve and extend the shelf life of perishable substances such as fresh produce. FRESHPAPERTM is now used by farmers and families across the globe.

After the Haiti earthquake in 2010, Anna Stork and Andrea Sreshta were inspired to invent a simple, sustainable, durable, and rechargeable light that could be cost-effectively distributed after disasters. The two women successfully obtained a patent for their inflatable solar-powered light, now branded and sold as LuminAID.

LuminAID has provided light to families all over the world whose homes have been destroyed following natural disasters such as extreme floods or severe weather. Access to light helps keep families safer and more comfortable as they recover. Stork and Sreshta are applauded for their innovation that solves a problem encountered during the darkest of times. 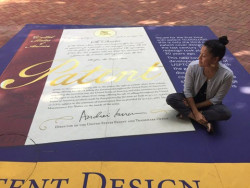 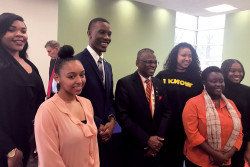 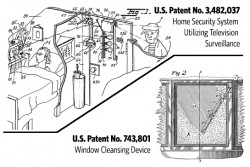 Advice
Electronic patent application submission and retrieval
In the world of innovation, it’s important to protect your intellectual property. 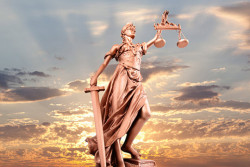