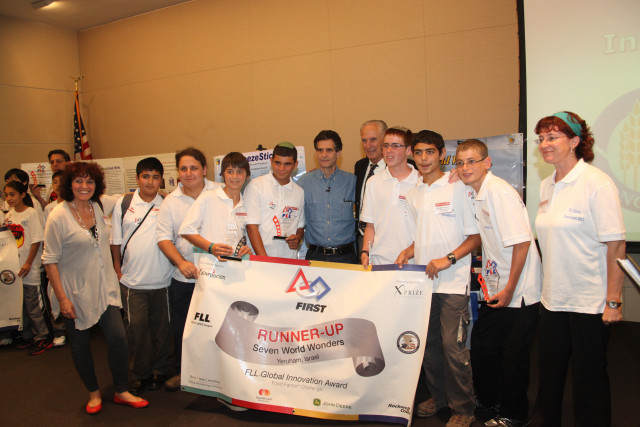 The United States Patent and Trademark Office (USPTO) hosted youngsters on two separate occasions in June and July to recognize their achievements and encourage them to pursue education and careers in the sciences, respectively.

On June 19, the USPTO hosted the 2nd annual FIRST LEGO League (FLL) Global Innovation Award Ceremony. The FLL Global Innovation Award draws together some of the most innovative young people across the entire world in a global competition. This year's competition was dubbed "Food Factor" because entrants were asked to submit inventions that improved food safety and storage.

Team MATobot (New York, N.Y.) created a milk pitcher that detects spoiled milk by measuring pH levels. Team Moderately Confused (Dublin, Ohio) devised a technique that detects when meat has been improperly stored and erases the packaging barcode, thereby preventing its purchase. Team Seven World Wonders (Yeruham, Israel) created the FreezeStick, which uses chemical reactions to refreeze ice in coolers. And team S.I.S. Robotic Revolution (Shelton, Conn.) came up with the Smart Sticker to alert consumers when eggs (and other foods) have been stored above the acceptable temperature range for an extended period of time.

In an unprecedented move, teams Moderately Confused and S.I.S. Robotic Revolution were both declared winners, with each awarded up to $250,000 in services and support from sponsor Edison Nation to help bring the winning technology to market. The runners-up each received $5,000 in grants from the X PRIZE foundation.

Commissioner Focarino commended the finalists for their "willingness to dream," and in a statement released after the event said, "These kids are wise beyond years, and I am sure I am joined by everyone who was with us that day, or watched via webcast, in congratulating them and saying that the future is in good hands."

Dean Kamen, famed inventor of the Segway and many other successful devices, reminded the audience that "innovation is doing what nobody has done before. And, yeah, you might get ridiculed and laughed at-so what?"

To find out more about the FLL Global Innovation Award, the finalists and their inventions, visit the competition homepage.

On Friday, July 13, the USPTO welcomed summer campers from the Patriots Technology Training Center of Seat Pleasant, Md., to learn about intellectual property and the USPTO's role in protecting and encouraging innovation in America. The campers, all students in grades ranging from 5th to 10th, filled the north side of the USPTO's Madison Auditorium and listened attentively to presentations from various offices of the USPTO, as well as representatives from the National Society of Black Engineers.

The highlight of the event was an activity involving computer-programmable robots provided by the USPTO's education division. Students broke into groups to program and then operate the robots in a friendly competition. The first team to lead their robot along a scaled-down path to a model USPTO were the winners.

Gloria Shivers, program director for Patriots, said the visit to the USPTO was beneficial for the campers. "It gives the kids a good opportunity to see what is out there," she told Inventors Eye. "Our mission is to give them something exciting to do-something that will stimulate them in finding and obtaining careers."

Patriots also participates in the FIRST LEGO League as well as the FIRST Robotics Competition. "Empowering Students through Technology" serves as the organization's motto. 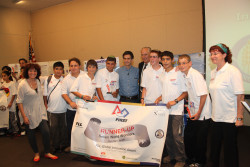 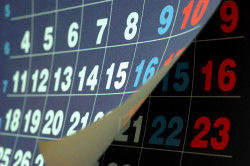