The Lemelson Center for the Study of Invention and Innovation, National Museum of American History 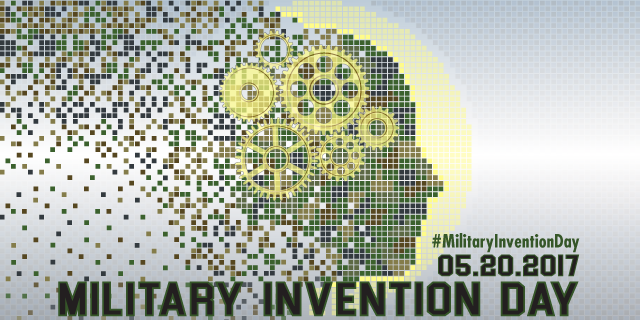 Thank you, Director Daemmrich, and good morning everyone. It’s a pleasure to be here.  I bring greetings on behalf of the 13,000 dedicated employees of the U.S. Patent and Trademark Office.

I’m especially thrilled this is being held in the Lemelson Center and the Museum of American History—with which the Patent and Trademark Office has a great, collaborative relationship. And it’s an honor to be sharing this section of today’s program with Director Daemmrich and General Milley.

As a military veteran myself—of the U.S. Navy—and as Chief Administrative Officer of the USPTO, I’m very proud of the fact that our agency has a robust Veteran Hiring Program. In 2012, we launched a comprehensive and aggressive Veteran Hiring Program. Since then, we’ve hired more than 600 veterans. And recently, we’ve focused on establishing partnerships with Operation Warfighter and the Wounded Warrior program.

Our veterans even have an affinity group called the USPTO Military Association. Their motto is “Continuing to Serve”, which I think is entirely appropriate since they bring to their work at the USPTO the same spirit of selfless service and love of country that led them to serve in uniform as young men and women. So in that sense alone, this connection between innovation, intellectual property, and the military is nothing new to many of us who work at the USPTO.

We’ve seen the importance of innovative technologies both in and out of uniform, and we all have a strong interest in, first, making sure our nation continues to be a world leader in innovation, and, second, ensuring that our nation’s military continues to benefit from that competitive edge.

Since the purpose of this portion of today’s program is, in part, to offer some historical perspective on American inventions and the role of intellectual property in promoting innovation, I’ll start by answering an important question some of you may have: What is intellectual property?

Simply put, the term intellectual property—or IP, as we call it—refers to creations of the mind, such as inventions; literary and artistic works; designs; and symbols, names and images used in commerce. The three most common forms of IP are patents, trademarks, and copyrights.

When talking about IP in relation to invention and technology, as we are today, what we’re really talking about is patents. And here’s something that may surprise you: the U.S. patent system is as old as our nation itself. Article I, Section 8, Clause 8 of the U.S. Constitution grants Congress the power: "To promote the progress of science and useful arts, by securing for limited times to authors and inventors the exclusive right to their respective writings and discoveries."

What that means is that in exchange for a temporary monopoly granted by the government, which provides a financial incentive to invent, the inventor shares the details of his or her invention with the public at large, which in turn encourages and enables more innovation by other inventors seeking to improve on that invention. That, in a nutshell, is the concept behind patents and our patent system more broadly.

As the Lemelson Center and Museum of American History do such a great job highlighting, it’s a concept that’s worked out quite well for our country. You can see the evidence of our patent system’s success on display in some of the current exhibitions in this building, including American Enterprise, which traces our country’s development from a small, dependent agricultural nation to one of the world’s most vibrant economies.

And you can see it on display in America on the Move, which traces the evolution of American transportation, from the railroad to street cars and modern automobiles—all of them created from patented technologies.

In fact if you’re a fan of automobiles, I’m going to put in a shameless plug here: You should come visit the National Inventors Hall of Fame Museum at the USPTO headquarters in Alexandria. It’s not nearly as big as the Museum of American History, mind you, but it does have a one-of-a-kind display you won’t see anywhere else: a Ford Mustang—one half of it from 1965, and the other half from 2015—welded into a seamless whole. Sitting in the car, you can see with your own eyes how 50 years of patented technological innovations have changed automotive technology and the way we interact with our cars.

But more to the point of today’s event, one of the first things you’ll notice in the National Inventors Hall of Fame Museum is an exhibit called “Visionary Veterans”, which highlights Hall of Fame inductees who served in our nation’s Armed Forces.

They include a personal favorite of mine—though I’ll admit I’m partial, as a Navy veteran—Leroy Grumman. You’ve heard his name before if you’ve ever heard of the Northrop Grumman Corporation, which manufactures aircraft for the U.S. military. A former Navy pilot himself, Grumman invented a unique folding-wing mechanism that advanced the safety and versatility of carrier-based naval aircraft, and more than doubled the number of planes that a carrier could hold. Today's folding wings still reflect his influence. Grumman also designed more reliable, retractable landing gear for amphibious aircraft.

One of the non-veteran inventors honored in the Hall of Fame museum is Roger Easton. He worked at the Naval Research Lab just down the river from here for almost forty years, and later served as a consultant on several NRL projects. Among the 11 patents he received during his career was one in 1974 for a “Navigation system using satellites and passive ranging techniques.” This patent led to the United States' first satellite tracking network and synchronized timing of spacecraft which became the basis of all the GPS technology we use today—including the navigation apps on our smartphones. 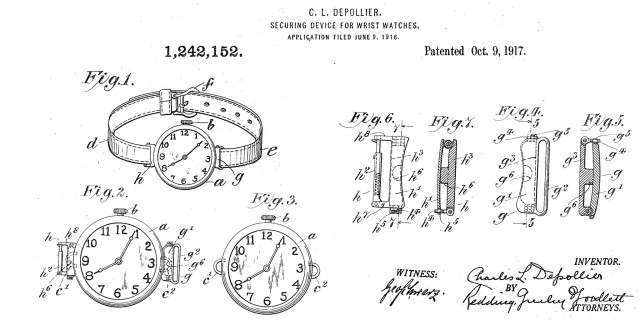 I should also note, to reinforce what Arthur said, that in honor of the World War One Centennial, the USPTO has been highlighting some other historic examples of wartime innovations from which we all continue to benefit to this day.

One of my favorite examples is the wristwatch, patented in 1917. As I’m sure General Milley will agree, you can’t conduct an effective military operation unless everyone is synchronized on the same time, right down to the exact minute. That’s why the wristwatch was invented, for use on the Western Front. But of course after the war it became popular with the general public, and still is, to this day.

Another World War One invention we take for granted today is the common zipper. Patented in 1916, for use in military boots and uniforms, it too became widely popular after the war. The list of military inventions that have become a pervasive part of everyday American life goes on and on.

And while I haven’t even touched on patents for the firearms, protective gear, and communications equipment that our military couldn’t function without, think of the huge impact that something as simple as the wristwatch and the zipper can have on the military, not to mention more advanced innovations like folding aircraft wings and GPS. 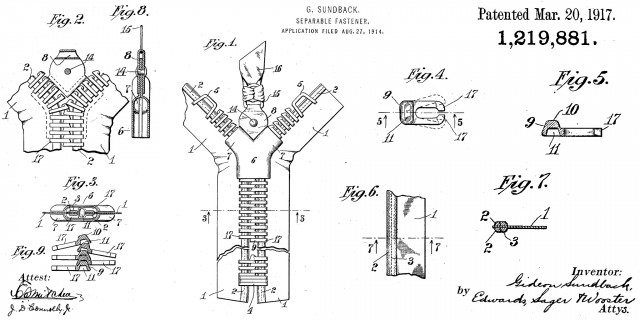 Behind each of these game-changing innovations was a U.S. patent and a strong patent system, rooted in our nation’s Constitution, a system that continues to protect and incentivize the kinds of inventions that made our military the best the world has ever known.

But more importantly, behind each of those innovations was a great inventor, someone who, in most cases, was a dreamer and a tinkerer from a very early age.  We as a country need to do a better job encouraging more young people—boys and girls—to follow that path in life, starting in elementary school.

Toward that end, the USPTO and the National Inventors Hall of Fame have several efforts aimed at promoting the spirit of invention in our nation’s youth. One of them is Camp Invention, for children in Kindergarten through 6th grade. During the camp, children are presented with fun, hands-on challenges that encourage creative problem solving, teamwork, entrepreneurship, and innovation. I mention this because the U.S. Army has been a valuable supporter of Camp Invention. In 2017 alone they’ve given more than $327,000 to the program, impacting more than 1,400 students in seven states.

So I want to personally thank General Milley for that great support. And I’d like to invite you, Sir, to visit one of this summer’s camps in Maryland. We even have one at Aberdeen Proving Grounds! We’d love to have you.

Thank you, and I hope you all enjoy the rest of today’s program!