Innovation to Power the Nation (and the World): Reinventing our Climate Future

Innovation is an essential component to meet the challenges of climate change. Better ways to produce, store, conserve, and transmit energy will help the U.S. and other nations meet the ambitious goals set at the United Nations climate change conference held in Paris in December 2015.

Join the Director of the U.S. Patent and Trademark Office, Michelle K. Lee, and a panel of technology, energy, and climate experts moderated by Amy Harder, energy reporter for The Wall Street Journal, for a discussion on how present and future innovation can change the course of our planet’s future. Questions to explore will include:

View the recording of this event. 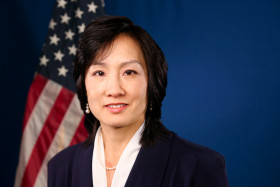 The Honorable Michelle K. Lee, Under Secretary of Commerce for Intellectual Property and Director of the United States Patent and Trademark Office

Michelle Lee has spent most of her professional career advising some of the country’s most innovative companies on technical, legal and business matters.  She currently brings that expertise as she leads America’s innovation agency.

As Under Secretary of Commerce for Intellectual Property and Director of the United States Patent and Trademark Office, Michelle Lee is the chief executive of one of the largest intellectual property offices in the world, with almost 13,000 employees and an annual budget of over $3.2 billion.

Ms. Lee also serves as the principal advisor to the President, through the Secretary of Commerce, on domestic and international intellectual property policy matters. Ms. Lee is the first woman to serve as Director of the U.S. Patent and Trademark Office in the country's history.

Prior to her position in public service, Ms. Lee was Deputy General Counsel for Google. She joined the company when it was relatively young and was responsible for formulating and implementing its worldwide patent strategy in support of the company’s business priorities.

Ms. Lee also served as a partner at the Silicon Valley-based law firm of Fenwick & West LLP, where she specialized in advising high-technology clients from startups to Fortune 100 companies.  Prior to her career as a legal advisor to technology companies, Ms. Lee worked as a computer scientist at Hewlett-Packard Research Laboratories, as well as at the M.I.T. Artificial Intelligence Laboratory. She holds a B.S. and an M.S. in electrical engineering and computer science from M.I.T., as well as a J.D. from Stanford Law School. 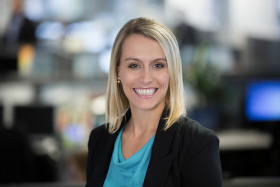 Amy Harder reports on energy policy for The Wall Street Journal’s Washington, D.C., bureau. Her coverage includes congressional legislation, executive-branch rulemakings, lobbying, and international policy actions affecting the United States. Ms. Harder is regularly sought out to speak and participate in energy events, including moderating and participating in panel discussions and giving speeches in Washington and throughout the country. She has appeared on CSPAN, MSNBC, Fox News and NPR, among other media outlets. Before joining The Wall Street Journal in March 2014, Ms. Harder covered energy at National Journal, based in Washington, D.C. Ms. Harder is originally from Washington State and received a B.A. in journalism with honors from Western Washington University. 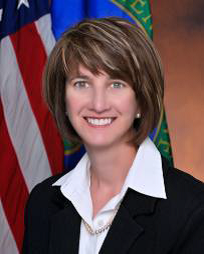 National Inventors Hall of Fame Inductee, 2015, Polarization Control Technology
Dr. Johnson is Chief Executive Officer of Cube Hydro Partners (CHP).  Prior to CHP, she served as Undersecretary of Energy, U.S. Department of Energy in 2009 and 2010.  Prior to her appointment as Undersecretary, Dr. Johnson was provost and senior vice president for Academic Affairs at the Johns Hopkins University (September 2007 to April 2009), and dean of the Pratt School of Engineering at Duke University from July 1999 until September of 2007.

She received her BS (with distinction), MS, and PhD in electrical engineering from Stanford University. After a NATO post-doctoral fellowship at Trinity College, Dublin, Ireland, she joined the University of Colorado-Boulder’s (UCB) faculty in 1985 as an assistant professor and was promoted to full professor in 1994. From 1994 to 1999 Dr. Johnson directed the NSF/ERC for Optoelectronics Computing Systems Center at UCB and Colorado State University. 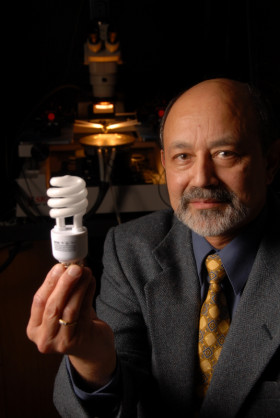 National Inventors Hall of Fame Inductee, 2016, Insulated Gate Bipolar Transistor
Dr. Baliga is an internationally renowned scientist, author of 19 books and over 550 publications, with 120 U.S. patents to his name. Among his inventions, the Insulated Gate Bipolar Transistor (IGBT) is extensively used around the globe for compact fluorescent lamps, air-conditioning, home appliance controls, robotics, electric-cars/bullet-trains, and compact defibrillators projected by the American Medical Association to save 100,000 lives a year. The energy efficiency improvements derived from IGBTs have saved world-wide consumers more than $ 24 trillion while reducing carbon dioxide emissions by over 100 trillion pounds during the last 25 years.

Dr. Baliga is also a serial entrepreneur having founded four successful companies in North Carolina with venture capital financing. His inventions, commercialized by these companies, include: the TMBS rectifiers used in solar cell panels and power supplies; the RF super-linear power MOSFETs used in cellular base-station power amplifiers; the SSCFET/JBSFET chip set for voltage regulator modules used to power microprocessors and graphics chips in personal computers, laptops, and servers; and the GD-MOSFETs used in power supplies for data-centers and in automotive electronics. 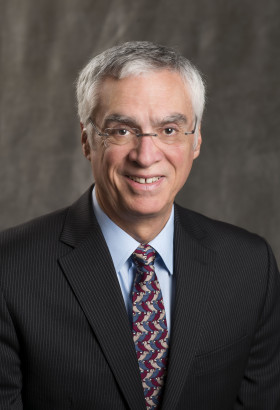 Bob Perciasepe is President of the Center for Climate and Energy Solutions (C2ES), a leading, independent voice for practical policy and action to address our climate and energy challenges.

Mr. Perciasepe has been an environmental policy leader in and outside government for more than 30 years, most recently as Deputy Administrator of the U.S. Environmental Protection Agency (EPA), and has built a reputation for bringing stakeholders together to solve issues.

While Mr. Perciasepe served as Deputy Administrator from 2009 to 2014, EPA set stricter auto emissions and mileage standards, increased protections for the nation’s streams and rivers, and developed carbon emissions standards for power plants. Mr. Perciasepe was previously assistant administrator for both the agency’s water and clean air programs, leading efforts improve the safety of America’s drinking water and lower sulfur levels in gasoline to reduce smog.

Mr. Perciasepe served as chief operating officer of the National Audubon Society, one of the nation’s oldest conservation organizations. He has also held top positions in state and municipal government -- as Secretary of the Environment for the state of Maryland and as a senior planning official for the city of Baltimore. He has been named a 2016 winner of American University's William K. Reilly Award for Environmental Leadership. 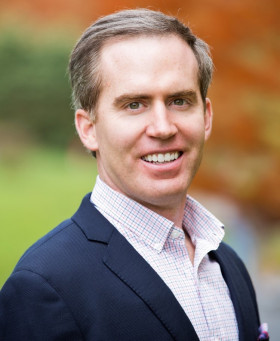 Nate Hurst is currently the Chief Sustainability & Social Impact Officer for HP. He helps drive programs with a focus on the environment, society, and integrity that are aligned with HP’s business strategy. Mr. Hurst directs the strategy of a global team of experts focused on driving solutions in collaboration with non-profit organizations, governments, customers, and partners. His team reinvents sustainable solutions that address societal challenges in the areas of education, entrepreneurship, and the environment while utilizing HP’s technology.

Previously, Mr. Hurst served as director of sustainability, public affairs, and government relations for Walmart where he executed a proactive internal and external business sustainability strategy on environmental issues. As a national spokesperson for The Ocean Conservancy, he spearheaded big ideas, communications strategies, and goals for environmental advocacy and advanced policy agendas through grassroots campaigns. Prior, he served on The White House Council on Environmental Quality for President Clinton. While at the White House, he helped develop the Administration’s environmental agenda and implemented an extensive outreach plan in support of the agenda.

Mr. Hurst received his master’s degrees from the University of California – Berkeley and his bachelor’s degree from Virginia Tech University.

Brought to you by: