Editor's note: This is a blog about the USPTO from the U.S. Department of Commerce.

Most Americans have likely heard of Thomas Edison, Albert Einstein, or Alexander Graham Bell. But what about Harriet Strong, Frances Arnold, and Juliette Gordon Low? These and so many more women inventors and scientists have made lasting contributions to our nation’s history. They have inspired future generations of innovators to change the world with their ideas.

In honor of Women’s History Month, as part of its mission to protect and promote the ingenuity of American inventors and entrepreneurs, the Department of Commerce’s U.S. Patent and Trademark Office (USPTO) is sharing the stories of notable women innovators, past and present. A few of these stories are highlighted below, but we encourage you to take a moment to learn more about these incredible women through the USPTO’s popular Journeys of Innovation series and on social media.

Juliette Gordon Low founded the Girl Scouts of the USA and patented the organization’s iconic trefoil badge in 1914. A three-leafed clover design adapted from the Boy Scouts’ similar badge, Low’s trefoil suggested a fundamental equality between girls and boys on the eve of women’s suffrage and continues to signal girls’ invaluable contributions to American life and culture. 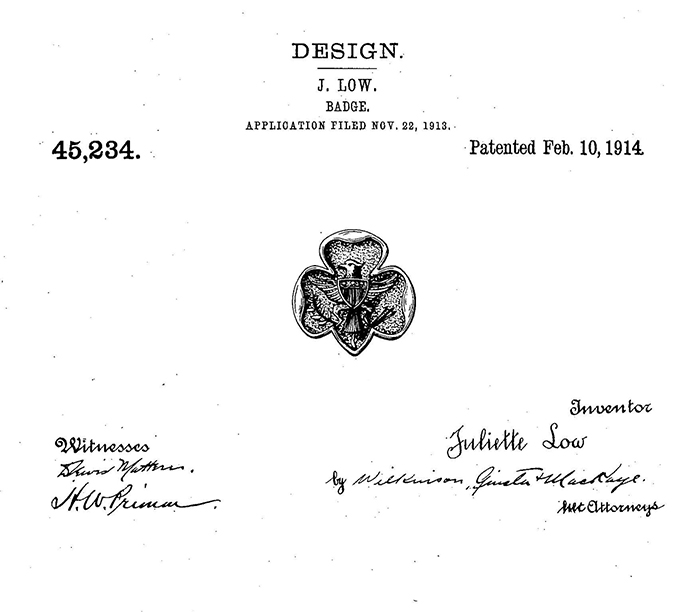 In 2018, Frances Arnold became the first American female Nobel laureate in chemistry, for her work in harnessing the power of evolution to create new proteins that have useful properties not found in nature. She has devoted her 30-year career to making chemistry green, clean, and more efficient. A winner of the National Medal of Technology and Innovation, an inductee in the National Inventors Hall of Fame, and currently serving as co-chair of the President’s Council of Advisors on Science and Technology, she is passionate about mentoring the next generation of young scientists. 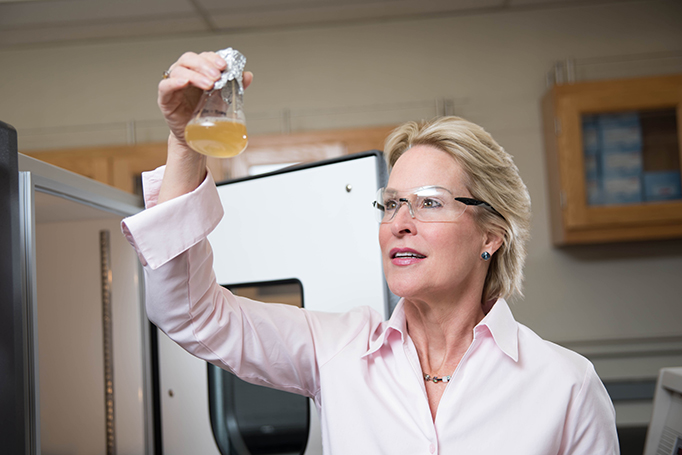 A pioneer in advanced technologies, Marian Croak, holds more than 200 patents and has over 100 pending applications. Her many achievements include pioneering work advancing the Voice over Internet Protocol (VoIP) with inventions that made internet phone calls more reliable and secure; text-to-donate technology inspired by Hurricane Katrina that revolutionized how people give to charitable organizations; and work on the telephone network and voting system used for American Idol®. Now a Vice President of Engineering at Google, she focuses on reliability engineering to improve the performance of Google systems and services.

Marian Croak speaks at the Google for India event in 2015. (Photo courtesy of Google)

Temple Grandin is an inventor, professor, author, inspirational speaker, and a leading advocate for the humane treatment of livestock. Unable to speak until almost age four, no one expected Temple Grandin to do much in life, let alone become one of the world’s compelling voices in science and innovation. Now, Grandin is one of the world’s most well-known autistic individuals and proponents of neurodiversity and also holds a U.S. patent for her farm animal handling system. On March 25, don’t miss the webinar on differing abilities in STEM, featuring Temple Grandin, and hosted by the U.S. Department of Education and the USPTO. 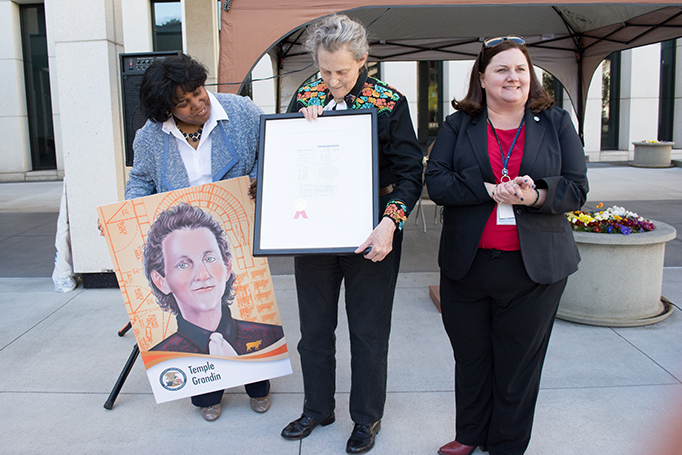 Since she was a child, Sangeeta Bhatia has enjoyed figuring out how things work. Now a biomedical researcher, MIT professor, and biotech entrepreneur, she has invented human microlivers to study drug metabolism and liver disease as well as nanoparticles that help diagnose, study, and treat ailments like cancer. Bhatia has also received the prestigious Heinz Award for her groundbreaking innovations and advocacy of women in STEM fields. 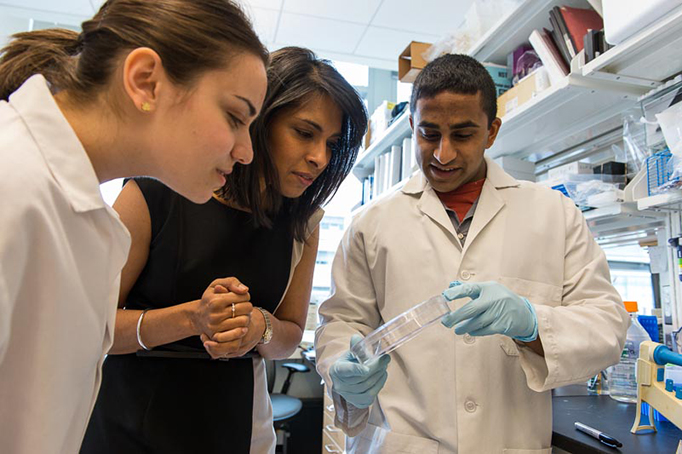 Sangeeta Bhatia and her students have explored the use of CRISPR-Cas9, a genome editing tool, for the treatment of hepatitis B. (Photo courtesy of Justin Knight)

Hinda Miller, Polly Smith, and Lisa Lindahl created the sports bra, a true entrepreneurial endeavor which has spurred women’s participation in athletic activities and advanced women’s health and well-being. Originally designed to decrease discomfort for female runners, their invention has since become a necessity for female athletes and a modern fashion staple. The empowering story of these three women offers a compelling example of determination, ingenuity, and creativity. 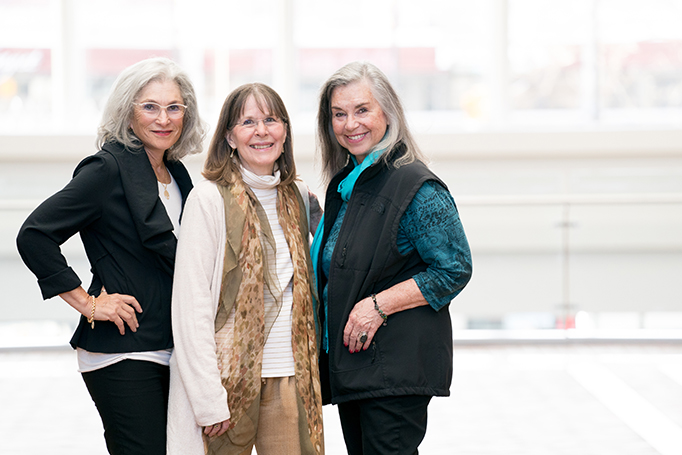 The USPTO is dedicated to encouraging and equipping Americans across all demographics and throughout the United States to become innovators, and to ensuring they have equal opportunities to succeed. One exciting initiative, the National Council for Expanding American Innovation (NCEAI) is strategizing new ways to expand American innovation by tapping into the strength of our nation’s diversity and increasing the opportunities for all Americans to participate in innovation. Comprised of respected leaders in the private and public sectors, one of the foremost priorities for the Council is to help the USPTO develop a long-term comprehensive plan aimed at expanding participation in America’s innovation ecosystem among women, minorities, and other underrepresented groups. Learn more about NCEAI and other USPTO initiatives, events, and resources on the Expanding Innovation page of the USPTO website.


Tweet much more about female (and male) inventors and their inventions ALL year round!