This is the first blog post in a series the USPTO is launching on our comprehensive anti-counterfeiting efforts to spread the word on the dangers of buying fake products and encourage more consumers to buy the real thing. Stay tuned for more in this series as we continue our call to shop smart and stay safe.

Counterfeit products, such as faulty electronics and fake medicines, cause serious injuries and death. Fake electronics and consumer items can cause fires or include dangerous chemicals that can seep into skin. The U.S. Drug Enforcement Administration, in its One Pill Can Kill campaign, notes that criminal drug networks are flooding the U.S. market with mass-produced fake pills and falsely marketing them on social media and e-commerce platforms as legitimate prescription pills.

Buying fake products funnels money from U.S. jobs and companies into the hands of criminal enterprises, supporting human trafficking, the gun and drug trades, and other crimes. We estimate that the global sale of counterfeit goods hovers around $2 trillion per year—more than the GDP of 216 countries, including Italy, Canada, and Spain. In fiscal year 2021, the U.S. Customs and Border Protection and U.S. Immigration and Customs Enforcement–Homeland Security investigation seized over 27,000 shipments containing counterfeit goods, with a total value (had they been genuine) of more than $3.3 billion.

Here at the USPTO, we are working across government and with legitimate businesses who invest significantly in their products and brands. We are joined in this important work by our colleagues at the U.S. Food and Drug Administration, U.S. Customs and Border Protection, the International Trade Administration (ITA), the U.S. Copyright Office, and private sector leaders such as the International Trademark Association (INTA), the National Inventors Hall of Fame (NIHF), innovation film organization Cinequest, and several others. Together, we must work to curb the physical and economic harms caused by faulty and dangerous counterfeit products, while freezing out the criminal enterprises they support.

Education on the dangers of counterfeit goods must start early. That’s why, since 2019, the USPTO has partnered with the National Crime Prevention Council (NCPC) and McGruff the Crime Dog® on the Go For RealTM campaign. This innovative, multi-format public awareness initiative informs tweens, teens, and their caregivers and educators on how to spot counterfeit products and avoid the risk of harm they pose. 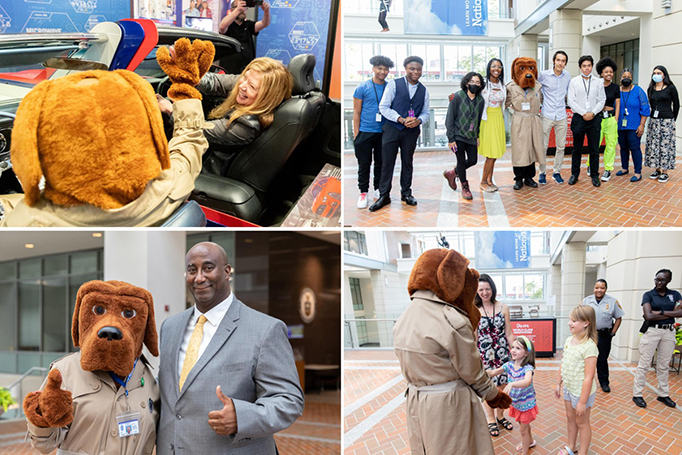 On August 11, the Go For Real campaign debuted its latest public service announcement (PSA), “The Real McGruff”, featuring a 3-D animated McGruff the Crime Dog and his nephew, Scruff. This new PSA will be seen by millions in both English and Spanish on television, social media, and other distribution channels. In its debut week alone, the PSA aired approximately 300 times, including on major networks and on Spanish-language channels in Los Angeles, Phoenix, Denver, Boston, and more.

The USPTO is excited to team up with this modernized McGruff to take a bite out this 21st century crime that puts the health and safety of millions at risks, jeopardizes American businesses and the millions of workers they employ, and threatens American competitiveness worldwide. Protecting legitimate brands is vital to ensuring a safe and stable economy, and we encourage all consumers to “Go For Real.”

You can view the new PSA here, and check out the rest of the Go For Real campaign’s engaging and educational content. My personal favorites include:

• The award-winning “You’re Smart. Buy Smart” PSA, debuted in November 2021. It has been aired on television channels around the country more than 50,000 times.
• The digital “Dupe Detector Kit,” an interactive e-book that challenges readers to test their “Dupe Detector” skills. It provides tips on how to tell a real product from a fake one, trivia to reinforce learning, and the opportunity to earn points that can be put toward collectible badges on the Go For Real campaign webpage.
• The #GoForReal Challenge, an interactive quiz that will test your knowledge on the surprising—and sometimes astonishing—materials that are used in fake products.

Young people are getting the message. A survey conducted last year by Ipsos, an international market research and consulting firm, found that teens exposed to the Go For Real campaign demonstrated a greater awareness of the dangers of counterfeits, felt more confident in spotting fake goods, and were more likely to make an effort to buy genuine products. 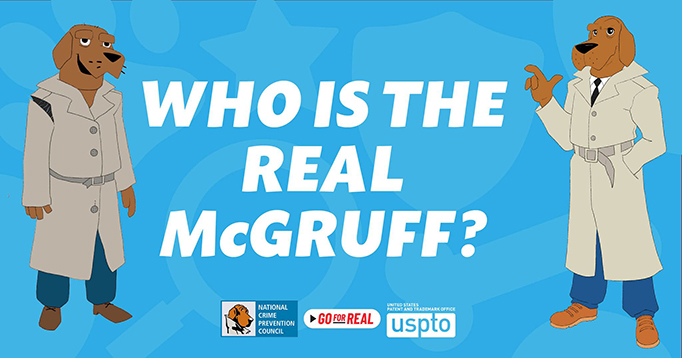 And we’re just getting started. Those in the Washington, D.C., area can see Go For Real advertising on the Washington Metropolitan Area Transit Authority’s bus and metro system. Recently, the National Crime Prevention Council teamed up with NASCAR to raise awareness of the campaign, with racer Joey Gase displaying the Go for Real logo on his #35 car at the WAWA 250 in Daytona Beach, Florida. And in the coming months, the Go For Real campaign will be debuting a new online game and new educational content, and hosting more in-person events featuring the beloved McGruff. 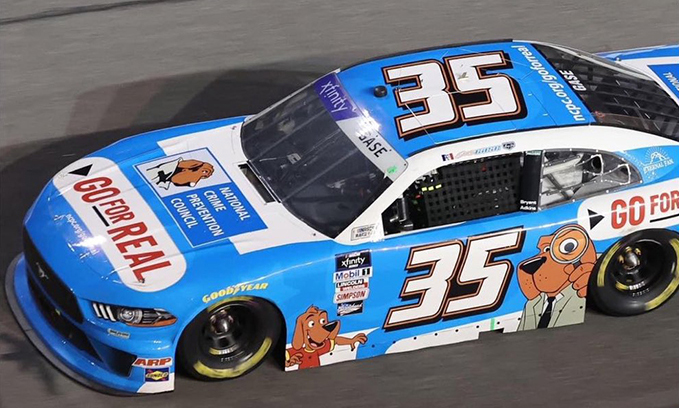 Go for Real logo on Joey Gase's #35 car at the WAWA 250 in Daytona Beach, Florida (photo courtesy of the National Crime Prevention Council)

Go For Real is also making waves internationally: Campaigns have already been launched in Mexico and Thailand. The latest iteration is in Mexico, where the Mexican Institute of Industrial Property (IMPI) has developed the “Elige el Original” (“choose the original”) campaign. It features a new mascot designed to better appeal to Mexican children and teens: an Axolotl, or a Mexican salamander. And there are future plans to expand into other global markets.

By working together to reduce the scourge of fakes and raising awareness about the dangers and costs of purchasing counterfeits, it’s our hope that we can make a real difference in this effort. And we always welcome additional collaborators! Whether you are a brand or leading a start-up, or just someone who wants to make a difference, please join us and get involved by emailing enforcement@uspto.gov. And if you think you've spotted a counterfeit, report it to help others shop smart and stay safe. Let’s all pledge to “Go For Real.TM”