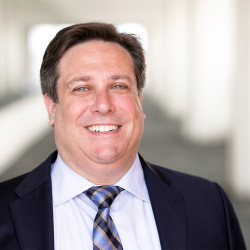 Paul Rosenthal is the Deputy Chief Communications Officer of the United States Patent and Trademark Office (USPTO). He manages the development and implementation of strategic communications for the USPTO in coordination with the U.S. Department of Commerce and the White House, and he supports the Chief Communications Officer in advising the Under Secretary of Commerce for Intellectual Property. Mr. Rosenthal directs a team of media relations, speechwriting, social media, public affairs, and audio-visual design professionals focused on promoting the agency's goals and objectives. He also oversees the USPTO's partnership with the National Inventors Hall of Fame and management of the National Medal of Technology and Innovation, which is issued annually by the White House.

With more than 30 years of experience in the communications field, Mr. Rosenthal joined the USPTO in 2010 and was charged with developing and growing the agency’s social media presence and improving agency outreach through online means. He was promoted to the Deputy Chief Communications Officer role in 2013. Prior to joining the USPTO, Mr. Rosenthal worked for the Smithsonian Institution, as a Public Affairs Specialist for the Lemelson Center for the Study of Invention and Innovation at the National Museum of American History and as Web Content Manager at the National Museum of African American History and Culture. He has additional related experience from the United States Postal Service and from nonprofit organizations. He is a former broadcast news journalist.

Mr. Rosenthal earned a bachelor’s degree in public communication from The College of Saint Rose.