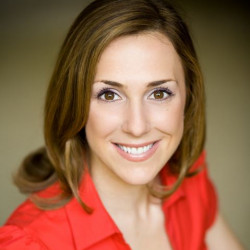 Cara Duckworth is the Acting Chief Communications Officer of the U.S. Patent and Trademark Office (USPTO). She is responsible for the development and implementation of strategic communications for the USPTO in coordination with the U.S. Department of Commerce and the White House, and she supports and advises the Under Secretary of Commerce for Intellectual Property and Director of the USPTO.

Ms. Duckworth's permanent role is Chief Corporate Communications Officer, where she directs a team of communications, education, and outreach professionals focused on promoting the agency's goals and objectives. She also oversees the USPTO's partnership with the National Inventors Hall of Fame and management of the National Medal of Technology and Innovation, which is issued annually by the White House.

An experienced communications veteran of the creative industries and a modern-day storyteller, Ms. Duckworth’s broad skillset includes media relations, public speaking, social media expertise, stand-up comedy and theatre acting. She has been at the forefront of many innovative and groundbreaking campaigns that have helped define the transitions of the music and movie industries to the digital age.